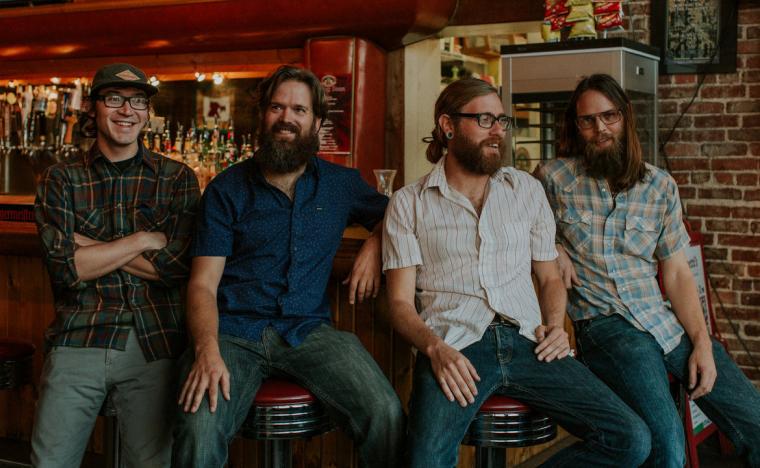 Arkansauce at the Redstone Room -- December 19.

Praised by GratefulWeb.com for their “technical prowess” and for “maintaining a fresh take on traditional music,” the gifted musicians of the Americana ensemble Arkansauce headline the River Music Experience's Guest List Series on December 19, their Redstone Room concert sure to demonstrate why the music site insists, “Make it a mission to see Arkansauce live.”

A genre-hopping, four-piece string band hailing from northwest Arkansas, Arkansauce is noted for blurring the lines between Americana, bluegrass, newgrass, folk, country, blues, and funk. The band had its start in 2011 when founding members Ethan Bush, Zac Archuleta, and Stephen Jolly began writing together after becoming acquainted through mutual connections in the closely knit Fayetteville music scene. After a couple of years building a repertoire of original music and releasing their album debut with 2016's Hambone, the trio became a quintet with the hiring of Tom Andersen and Adam Collins. Their arrival led to the creation of Arkansauce's well-received sophomore release All Day Long, by which point the band's following began growing due to the musicians' complex melodies, intriguing rhythms, and hard-hitting hooks.

Currently a quartet composed of Andersen on bass, Archuleta on guitar, Bush on mandolin, and Collins on five-string banjo, Arkansauce released its third album If I Were You in 2017, a work lauded for its powerful harmonies and heartfelt songwriting, with the music held together by deep, foot-stomping bass grooves. Having celebrated the group's official, five-year “bandiversary” this past October, the musicians released their latest recording Maybe Someday on December 6, and are booked for a three-week tour of the Netherlands, Germany, and Switzerland this upcoming February. “We have the most fun when our fans are losing themselves in the show,” Collins told the Northwest Arkansas Democrat Gazette last month. “When we make a connection that resonates.”

Arkansauce plays the Redstone Room on December 19 with an opening set by The Textures, admission to the 7:30 p.m. concert is free, and more information is available by calling (309)326-1333 or visiting RiverMusicExperience.org.