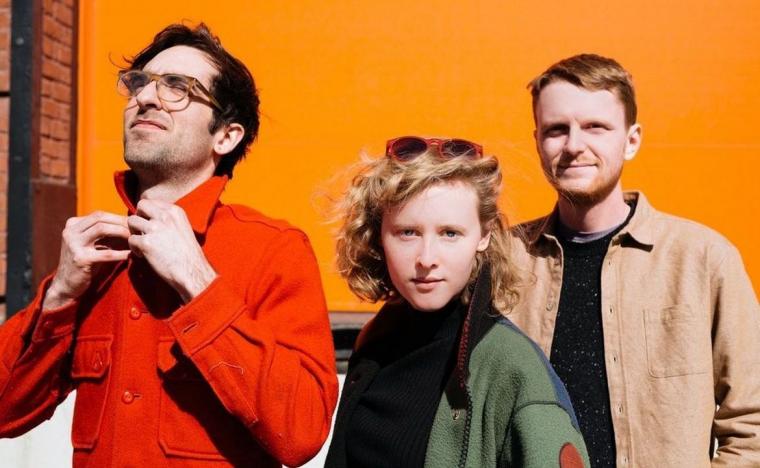 Touring in support of the band's recently released third album Walkman, a recording described by Paste magazine as “a jubilant half-hour punctuating a newfound maturity,” the Minnesota-based Bad Bad Hats play Davenport venue the Raccoon Motel on October 13 demonstrating the talents that NPR described as “programmed to fire all neural pathways associated with carefree indie-rock fun.”

Its original lineup composed of lead vocalist and guitarist Kerry Alexander, bassist Chris Hoge, and drummer Noah Boswell, Bad Bad Hats – the band's moniker taken from the children's book Madeline & the Bad Hat – formed in St. Paul, Minnesota, in 2012 when its musicians were students at Macalester College. All three original members DJ'ed shows at their college's radio station, where Alexander was manager, and Bad Bad Hats' first official performance was at a campus battle of the bands sponsored by the station. The musicians lost that competition to a funk ensemble, but did manage to impress one of the contest's judges: Ian Anderson, founder of the influential Minneapolis indie-rock label Afternoon Records. Subsequently, in 2013, the group recorded its EP debut It Hurts (lauded by Paste magazine as “a succinct collection of addicting ear-grabbers”), and followed it with the 2015 album debut Psychic Reader, a critically praised release that earned the group national attention.

Pitchfork magazine praised the “apt songwriting which translates [Alexander's] experiences into poignant, universal stories” while The New Yorker stated that Psychic Reader's “terse, honest lyrics suggest a weathered wisdom.” Paste, meanwhile, wrote, “Unlike what its title suggests, the album proves to be unpredictable from track to track, adding splashes of crunchy garage-rock where others would've gone full-blown syrupy.” The album's success resulted in Bad Bat Hats touring the country extensively alongside artists including Margaret Glaspy, Hippo Campus, The Front Bottoms, and Third Eye Blind, as well as recording a Psychic Reader follow-up in 2019's Lightning Round. Atwood magazine called the recording “an energetic collection start to finish,” and Idientry extolled the group's sound as “confident and bold, mixing gritty elements with smooth synth melodies effortlessly.” With Boswell consequently leaving the band to pursue a master's degree and Connor Davison performing in his place, Bad Bad Hats is currently touring in conjunction with the release of their third album, with Paste noting that the group has “lived on through multiple eras of indie rock already, with their signature still intact and translated to perfection on Walkman.”

Bad Bad Hats brings their tour to Davenport on October 13, admission to the 7 p.m. show is $15, and more information and tickets are available by visiting TheRaccoonMotel.com.