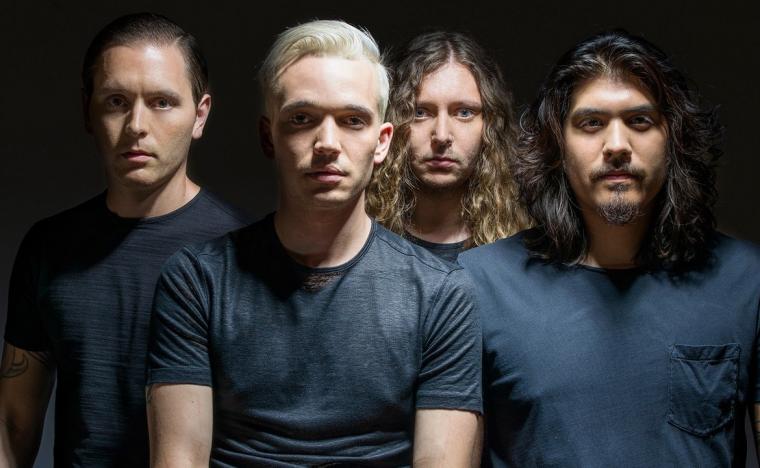 Badflower at River Bend Park -- May 7.

Praised by The Soundboard Reviews as a band whose musicians “do justice to the concept of modern rock in a way so many of their predecessors have utterly failed at,” the alternative rockers of Badflower play an outdoor concert at East Moline's River Bend Park, the May 7 event boasting new compositions and hits from their album debut OK, I'M SICK, named by Loudwire as one of the 50 best rock albums of 2019.

Composed of singer/guitarist Josh Katz, lead guitarist Joey Morrow, bass guitarist Alex Espiritu, and drummer Anthony Sonetti, Badflower is signed to Big Machine John Varvatos Records and was named Artist of the Week by Apple Music after the release of their EP Temper in 2016. Badflower's earliest incarnation, The Cartunes, formed in 2008, when music school students Katz Morrow met at their apartment building in Hollywood. The pair moved in together, and began writing songs for their five-piece band, releasing a self produced 2011 EP. But after losing their bass player and rhythm guitarist, the group reformed as Badflower, recruiting Espiritu and Sonetti to round out their ranks. They played several shows in Los Angeles, including a weekly residency at The Key Club, and gained attention from satellite-radio personality and former NSYNC member Lance Bass. After a performance at The Troubadour in which they opened for Kongos, the band signed with former independent record label Hundred Handed and began recording their first release.

Badflower released their debut single "Soap" via Hundred Handed records on March 4, 2015, and debuted its music video on Loudwire the same day. Shortly after its release, the band flew to the United Kingdom to support Australian pop duo The Veronicas and played to sold-out venues including London's Heaven. Upon returning home to the U.S., Badflower headed back on tour to play several showcases in Austin, Texas, for SXSW and South by So What?! in Grand Prairie, Texas. The band's debut EP Temper dropped on November 4, 2016, when Badflower was named Apple Music's Artist of the week, and Nylon magazine declared, "Good old-fashioned rock n' roll may have just made a modern comeback." Active and alternative rock radio began spinning the song "Animal" regularly, with iTunes naming it among the best rock songs – and Temper among best rock albums – of 2016. By the end of 2017, Badflower had over 1,000,000 fans from 61 countries playing over 312,000 hours of their music on Spotify alone.

Badflower plays River Bend Park on May 7 with an opening set by Goodbye June, and the concert area will provide various socially distant options for attendees, with the show subject to be moved to East Moline venue The Rust Belt depending on weather and changes to COVID-19 restrictions. The concert begins at 7 p.m., admission is $30-50, and more information and tickets are available by visiting TheRustBeltQC.com.