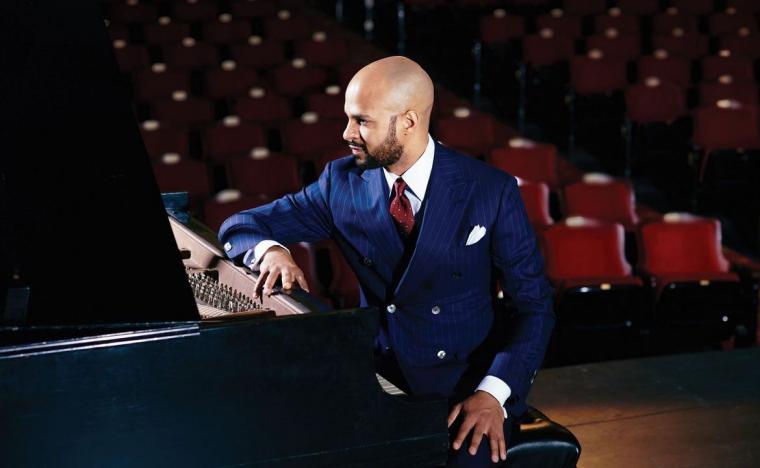 A native of Tulsa, Oklahoma recently commissioned to compose a piano trio that pays tribute to the Tulsa Race Massacre of 1921, Ryan began taking piano lessons at age four, and went on to earn a piano-performance major from the University of Oklahoma. Performing a singular blend of jazz- and ragtime-inspired concert music, Ryan's talents led a piano competition and subsequent tour in Israel, as well as a pair of albums: 2013's Classical with Attitude (featuring compositions by Nikolai Kapustin, William Bolcom, and George Gershwin) and 2017's tribute to iconic composers The Masters' Apprentice. He has also toured extensively throughout the United States, with Tiffiney Harms of the Central Christian College of Kansas raving, “Barron's talent and personality are sure to shine in every stage, delighting audiences everywhere.”

This past January, Ryan received one of the most significant laurels of his career to date, having been named one of 10 “Innovators to Watch” by the esteemed Smithsonian magazine. Describing Ryan's work on his forthcoming composition for the city of Tulsa, the Smithsonian article states, “As a Tulsa native, Ryan says that it's important for him to tell this story – a story that needs to be remembered. 'It's an integral part of who I am, and I'm honored to do it,' he says. 'Music can tell a story without using words, [and it] has an unparalleled ability to communicate.' He hopes that his music inspires people to reflect on the Tulsa Race Massacre and to be courageous – to do what’s right and not simply what is easy, he says. 'I'm hoping that it's well received, and that we remember our history as Tulsans and learn the right lessons and not repeat something like this again.'”

Admission to the March 11 Barron Ryan concert includes a digital link of the performance along with curbside take-out service from either Crust in Bettendorf or The Combine in East Moline using a prix-fixe menu created for this event. A link to the menus with instructions for placing orders will be provided in advance. Access to the performance will be provided by 4 p.m. the day of the event and will stay active until midnight, and all dinner orders placed in advance will be available for pick-up at 5:30 p.m. Dinner-and-the-concert admission is $50, with $20 show-only tickets also available.

For Barron Ryan tickets and more information on the virtual PASS season, call (309)793-1213 or visit QuadCityArts.com/pass/html.