Bassel & the Supernaturals, October 19 through 21 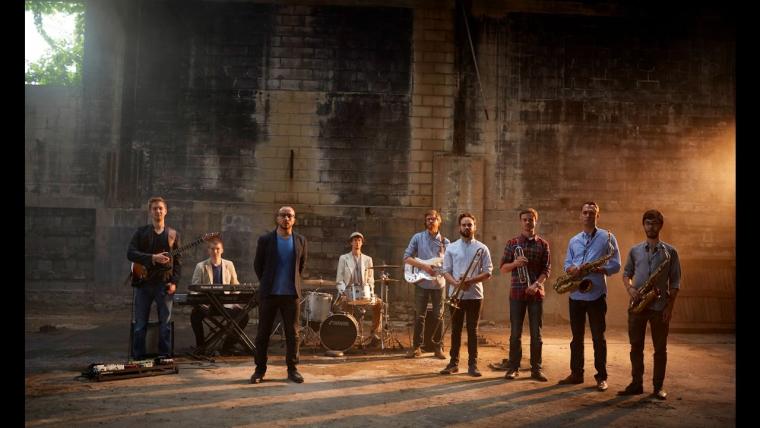 With their 2017 album Elements described by New Noise magazine as “a timeless and accomplished listen for ears that appreciate mature enlightening sounds,” the nine-piece Chicago outfit Bassel & the Supernaturals will deliver four performances, from October 29 through 21, at the latest guests in Quad City Arts' Visiting Artist series - the band's rock template, New Noised continued, “tinged with the most graceful, sophisticated, and warm influences, of R&B, jazz, and funk.”

Bassel & the Supernaturals tells the story of Bassel Almadani's experience as a first generation Syrian-American using soulful melodies, funk-inspired rhythms, and captivating lyrics regarding love, loss, and the war in Syria. Deeply inspired by Otis Redding, Bassel has used the stage as a vehicle to engage audiences in more than 100 different cities across North America. In addition to performing in major festivals, performance halls, concert series, and clubs, the group works closely with organizations on events and residencies that build awareness and empathy for Syrian refugees. A substantial portion of their proceeds benefit the Karam Foundation, a 501(c)3 organization focused on building a better future for Syria.

Following the the release of their 2013 debut EP Dreamer, the group's first album, 2017's Elements, was premiered by Noisey/Vice, and led to the musicians' involvement in the nationally-acclaimed SXSW 2017 showcase ContraBanned: #MusicUnites featuring artists from the diaspora of countries targeted by the travel ban. Bassel & the Supernaturals have since been featured on PRI and Al Jazeera, as well as in publications including Reuters, Paste magazine, and the Huffington Post. Having performed in abundance of 300 concerts between 2016 and 2019 on stages including SXSW, John F. Kennedy Center, Summerfest, and Millennium Park, Bassel & the Supernaturals also supported internationally touring artists such as Youssou N'Dour, Brother Ali, Aesop Rock, Emancipator, and the Dandy Warhols. Upon returning from a September, 2019 service trip to Istanbul working with displaced Syrians, Bassel & the Supernaturals released their full-length album Smoke & Mirrors, whose song "Stepping Back in Time" was featured on Spotify's official "All Funked Up" playlist and recently surpassed 400,000 streams. Additionally, the band collaborated with TedX Talks on their music video for “Calculated Love,” a work highlighting Chicago’s resilient youth in the midst of the COVID-19 pandemic.

Admission to the October 21 PASS performance is $50, all of the other Bassel & the Supernaturals engagements are free, and more information on the group and the Visiting Artist series is available by calling (309)793-1213 and visiting QuadCityArts.com.