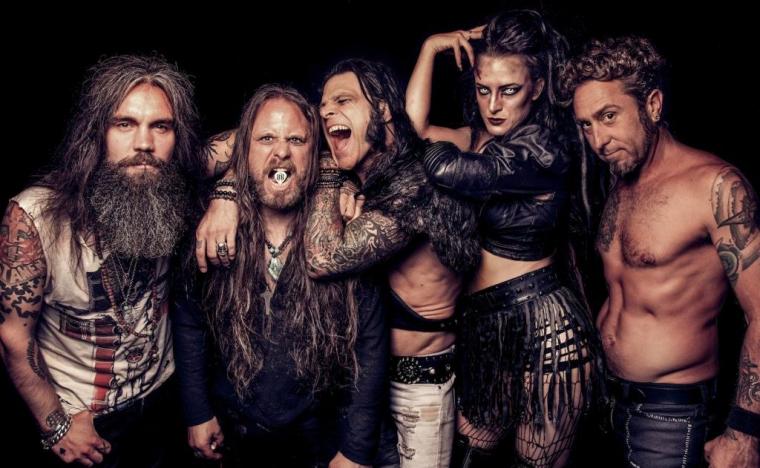 Appearing locally in advance of Alice Cooper's April 8 return to Davenport, the shock rocker's daughter Calico Cooper and longtime bassist Chuck Garric bring their heavy-metal ensemble Beastö Blancö to Moline's Rascals Live on March 11, performing from a repertoire that includes the band's 2019 album We Are, a work that Metal-Temple.com called “Mötley Crüe meets White Zombie meets the heavy-metal period of Alice Cooper back in the 2000s.”

Vocalist Calico Cooper was hired by her father at age 18 to choreograph and bring stage life to his nightmarish characters for the legend's Brutal Planet world tour. Eleven world tours and eight full stage shows later, Calico has carved a niche and massive fan base for herself in the horror industry, having become famous for playing alongside her dad in concert as “Nurse Rosetta” and “Cold Ethyl.” And Garric, who has been touring with Alice since 2003, is a rock bassist who has played with Turd, The Druts, L.A. Guns, and Dio, and has also played bass for Billy Bob Thornton, Ted Nugent, Don Felder, and Journey. Alongside guitarist Brother Latham, bassist Jan LeGrow, and drummer Sean Sellers, their heavy-metal quintet Beastö Blancö was influenced by bands such as White Zombie and Motörhead, their music a potent mix of heavy riffs, driving bass, and melodic choruses.

With their discography to date including 2013's Live Fast Die Loud, 2016's self-titled album, and 2018's Live from Berlin, Beastö Blancö is currently touring in support of We Are, a recording described by Outburn as “just as chock full of searing guitar riffs, driving bass lines, and stunning melodic choruses as fans could expect.” Regarding the new album, Garric said, “We spent a lot of time channeling, dissecting and arranging the songs from our new album. The idea was, 'Let's make our record – not necessarily what's popular now or what we think other people will like. We said, 'Let's make a record for us and our fans.' Our fans are loyal and our sound is our sound." Calico Cooper, who recently made her directorial debut with the video for Beastö Blancö's song “The Seeker,” added, "This record has teeth. It's got a bite to it that I love. Its message is from the people we see around us every day, its heartbeat is so loud. It says, 'We are strong. We are indestructible. We are here. We are!'"