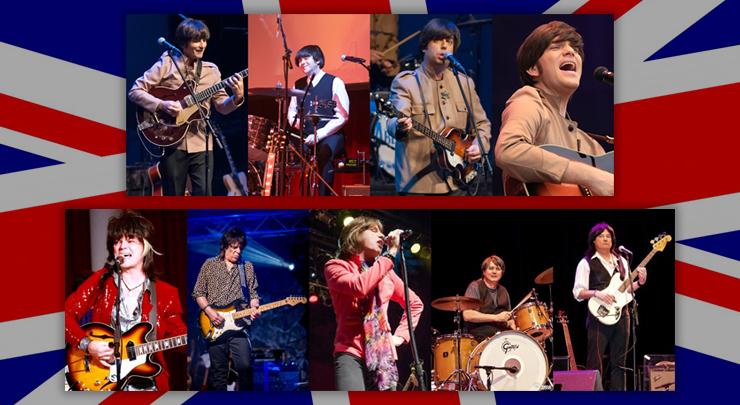 “Beatles vs. Stones: A Musical Showdown" at the Adler Theatre -- October 20.

With the Orange Country Register calling the production “electrifying” and the Los Angeles Times labeling it “the most unique tribute show in decades,” the touring sensation Beatles vs. Stones: A Musical Showdown makes its long-awaited area debut on October 20, filling the Davenport venue with some of the most electrifying and beloved songs made famous by two of history's most iconic bands.

For decades, the battle has raged: the Beatles or the Rolling Stones? Through their heyday, Beatles fans accused London’s Rolling Stones of stealing ideas, and even entire albums, from their Liverpool counterparts. At the same time, Stones fanatics accused the Beatles of secretly envying the London musicians' bad-boy images and attitudes, and of oftentimes copying their style. Both bands are unmistakably among the greatest of all time, having scored an array of songs that changed musical history. But the most infamous rivalry in rock and roll never played out in a public arena ... until now. And in this singular stage smash, only one band can be the best.