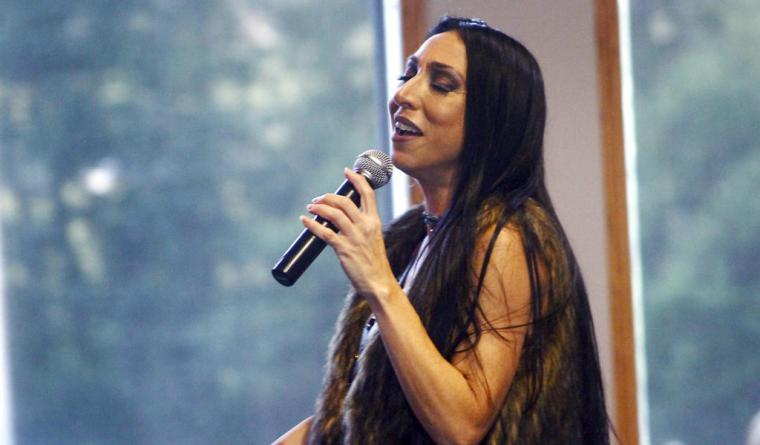 Believe: The Cher Show at the Circa '21 Dinner Playhouse -- October 6.

With its celebrated icon portrayed by touring artist and uncanny look- and sound-alike Kara Chandler, Believe: The Cher Show enjoys two performances at Rock Island's Circa '21 Dinner Playhouse on October 6, this thrilling musical event a celebration of the superstar whose achievements include a Grammy Award, an Emmy Award, an Academy Award, and recognition from the Kennedy Center Honors and the Council of Fashion Designers of America.

As a solo artist, Cher has sold 100 million records worldwide and 40 million as part of the duo Sonny & Cher, making her one of the best-selling music artists of all time. She is one of the few artists to win three of the four major American entertainment awards (an Emmy, Grammy, and Oscar), and one of five actor/singers to have had a U.S. number-one single and won an acting Academy Award., which she did for 1987's Moonstruck. Her breakthrough single, Sonny & Cher's "I Got You Babe," is a Grammy Hall of Fame inductee and was featured on Rolling Stone's "500 Greatest Songs of All Time" list compiled in 2003. Cher's 1971 single "Gypsys, Tramps, & Thieves" was called "one of the 20th century's greatest songs" by Billboard magazine, while her 1998 song "Believe" is the biggest-selling single of all time by a female artist in the U.K. It was voted the world's eighth-favorite song in a poll conducted by BBC in 2003 – the only American song to be named on the list – and "Believe" was also placed on Rolling Stone's revised "500 Greatest Songs of All Time" list in 2021.

Cher is the only artist to have a number-one single on a Billboard chart in six consecutive decades, from the 1960s to the 2010s. She has held U.S. Billboard Hot 100 number-one singles over the longest period of time in history: 33 years, seven months, and three weeks between "I Got You Babe," which topped the chart for the first time in August of 1965, and "Believe," whose last week at number one was in April of 1999. With "Believe," Cher also became the oldest female artist to have a U.S. number-one song in the rock era, at the age of 52. Billboard ranked her at number 43 on their "Greatest Hot 100 Artists of All Time" list, and in 2014, the magazine listed her as the 23rd highest-grossing touring act since 1990, with total earned revenue of $351.6 million and 4.5 million attendance at her shows.

Believe: The Cher Show will be staged on October 6 at both 1 and 7:15 p.m., with the afternoon performance featuring a plated meal served at noon and the evening show featuring food and beverages available for purchase. Admission is $51.73 for the 1 p.m. event and $37 for the 7:15 p.m. show, and more information and tickets are available by calling (309)786-7733 extension 2 and visiting Circa21.com.