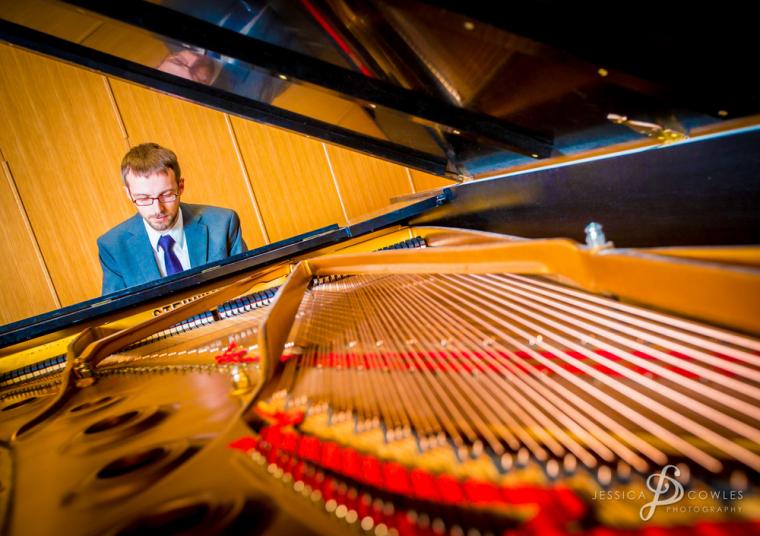 The invigorating sounds of modern and classical jazz will be on beautiful display on April 25 in the 27th Annual Black Hawk College Jazz Festival, an evening of sensational student talent augmented by the performances of Detroit-based jazz pianist (and former BHC instructor) Corey Kendrick and the University of Northern Iowa's trombone professor Dr. Anthony Williams.

Kendrick received his Master's in Jazz Studies from Michigan State University in 2015, and holds a Bachelor's in Liberal Studies from Southern Illinois University Edwardsville. As an educator, he taught improvisation, jazz-piano lab, and applied-jazz piano lessons as a Graduate Assistant at Michigan State University from 2013 to 2015, and served on the faculty at the 2014 MSU Big Band Symposium and, locally, the 2013 Black Hawk College Summer Jazz Camp. Kendrick was also an adjunct instructor at Black Hawk from 2012 to 2013, where he taught Applied Jazz Piano and Jazz Combo, and coordinated the 21st Annual BHC Jazz Festival in 2013.

Among Kendrick's notable musical accomplishments, he has toured internationally with Etienne Charles' Creole Soul and regionally with the Rodney Whitaker Quintet, and has performed alongside greats such as Jimmy Cobb, Marquis Hill, Wycliffe Gordon, and Robin Eubanks. His first album Rootless, meanwhile, was released in June of 2016, leading Jazz Times to call the work “a debut that stands among the finest albums of the year,” and the artist himself declared “a brilliant young pianist and composer” whose “sense of harmony and melody is something innovative with not only a little adventurousness but, dare I say, bravado.” 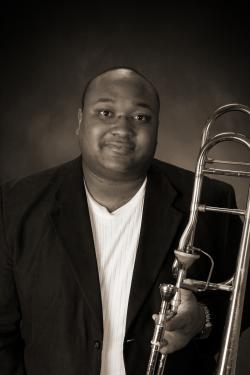 Having earned degrees from the University of Central Arkansas, the University of Memphis, and the University of Northern Iowa, UNI's Assistant Professor of Trombone Williams teaches applied trombone, trombone ensemble, jazz trombone ensemble, and courses in low brass techniques and trombone literature. Williams maintains a high frequency of performing in classical, jazz, and new-music settings, and has performed with artists and ensembles such as the Memphis Symphony, Arkansas Symphony, Waterloo-Cedar Falls Symphony, Orchestra Iowa, Dubuque Symphony, Memphis Jazz Orchestra, Jazz Orchestra of the Delta, Ray Charles Orchestra, and Dirty Dozen Brass Band, He recently performed for the second time as lead trombonist on the Mike Waldrop Big Band’s 2017 release Origins, and Williams is also a member of the International Trombone Association, National Association for Music Education, College Music Society, and the Jazz Education Network.

The 27th-Annual Black Hawk College Jazz Festival will take place in Black Hawk College's Theatre in Room 306 of Building 1, and admission to the 7 p.m. event is free. For more information, contact Dr. Edgar Crockett at (309)796-5479 or crockette@bhc.edu, or visit BHC.edu.