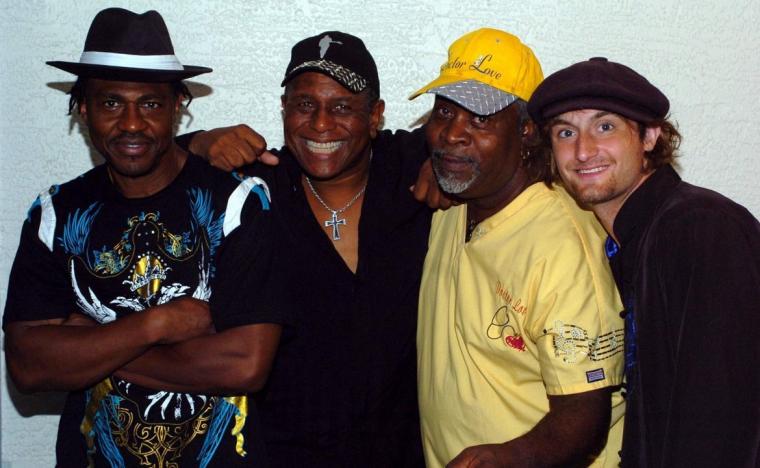 Born on Chicago's South Side, Biscuit Miller was introduced to the bass at age 11 and formed his first band in 1982, after which he quickly went on to record with famed musicians including Sonny Rogers, George “Mojo” Buford, and Lady Blue, the latter a longtime backing vocalist for Ike & Tina Turner. In 1990, Miller received a request to perform alongside Chicago’s legendary Lonnie Brooks, who needed a bass player for one night – a night that lasted for over 10 years as Miller became the permanent bass player for the Lonnie Brooks Band. By the beginning of the 2000s, Miller could also be found sitting in with then-up-and-coming blues guitarist Anthony Gomes, who eventually asked the bass player to join his own band. Miller went on to tour alongside Gomes for five years, releasing five CDs in the process: Unity, Sweet Stringin’ Soul, Long Way Home, Music Is the Medicine, and Live at the Triple Door.

Currently based in Indianapolis, the artist formed his ensemble Biscuit Miller & the Mix in 2000, and together the group has released three albums under the Blue Bass Entertainment label: 2002's Come Together, 2010's Blues with a Smile, and 2016's Wishbone. In 2012, Miller was awarded his first Blues Music Award following the release of Blues with a Smile, and was the recipient of a second BMA for Best Bass Player in 2017. Reviewing Wishbone, Blues Blast Magazine's Steve Jones raved, “There is nothing to complain about here – Miller’s music in imbued with his smile; one can sense in his music that this is a man who really enjoys what he does.”

Admission to the February 23 Biscuit Miller & the Mix concert at Kavanaugh's is $10 for Mississippi Valley Blues Society members and $12 for non-memberships (with membership applications available at the door), the performance starts at 7:30 p.m., and more information on the night is available by calling (563)322-5837 or visiting MVBS.org.