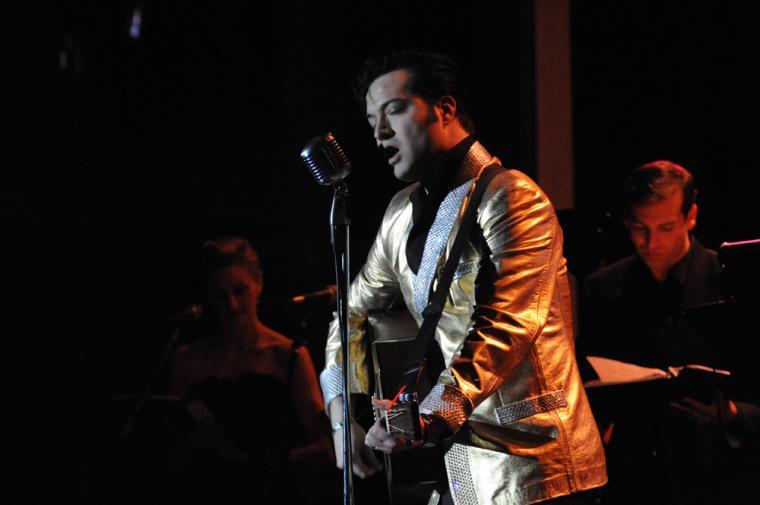 In addition to his rock, blues, and gospel smashes, Elvis Presley recorded numerous renditions of popular seasonal tunes, and many of those timeless hits will be heard when the Circa '21 Dinner Playhouse hosts two December 5 performances of Blue Christmas: A Rock 'n' Roll Holiday Extravaganza starring touring musician and noted impersonator Robert Shaw.

Among Presley's studio-album discography are three holiday titles: 1957's Elvis' Christmas Album, 1971's Elvis Sings the Wonderful World of Christmas, and 1976's Blue Christmas. Yet their songs were so beloved that they also found their way into more than a dozen compilation albums released after the King's passing, firmly cementing Presley's legend as one of the most revered holiday crooners of all time. With the headliner appearing alongside his backup musicians the Lonely Street Band, A Rock 'n' Roll Holiday Extravaganza finds Robert Shaw re-creating an Elvis Christmas concert with numbers ranging from the sacred (“The First Noel,” “O Come, All Ye Faithful,” “O Little Town of Bethlehem”) to the traditional (“White Christmas,” “Winter Wonderland,” “I'll Be Home for Christmas”), plus such gospel greats as “Take My Hand, Precious Lord” and “Peace in the Valley.” 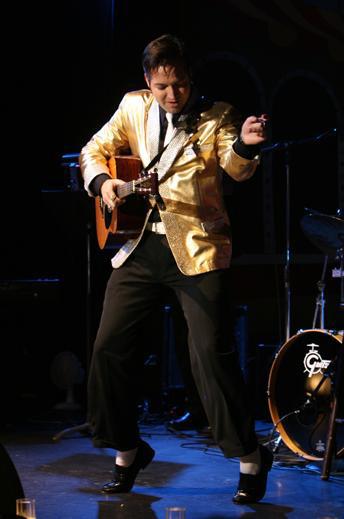 An Indiana native, Shaw studied at Philadelphia's University of the Arts, performed with both the Chicago and New York casts of the Tony-winning Broadway musical Million Dollar Quartet, and has performed nationally in venues including Disneyland and Oklahoma's esteemed Gaslight Theatre. In addition to Elvis, Shaw frequently plays touring engagements impersonating Johnny Cash, Bobby Darin, and both Jake and Elwood Blues of The Blues Brothers.

Blue Christmas: A Rock 'n' Roll Holiday Extravaganza will be performed at 1 and 7:15 p.m. on December 5, with the matinée preceded by a noon plated lunch and the evening presentation by a 6 p.m. buffet dinner. Tickets are $50.33-56.10, and more information and reservations are available by calling (309)786-7733 extension 2 or visiting Circa21.com.