Breaking Their Mold: The Dawn, “Wooly”; Headlining the Dawn & On Festival on July 8 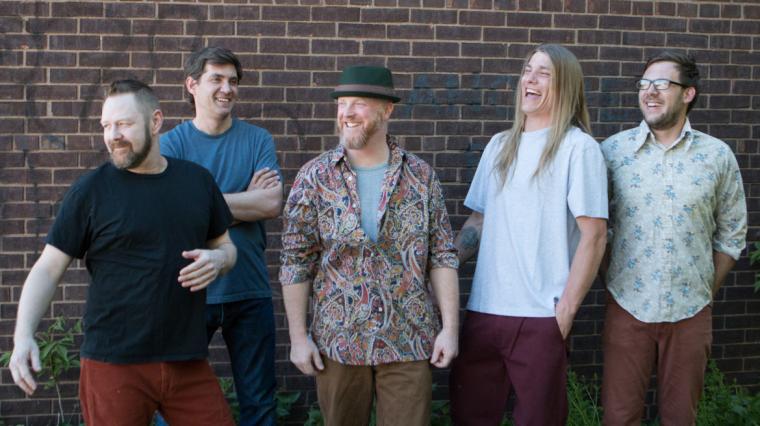 The Dawn. Photo by Laura Heath.

The title-track instrumental of The Dawn’s new Wooly functions as a prelude and an epilogue, bookending its seven proper songs and gently laying the groundwork for the album. Layers of boldly bright keyboards and soulful sax sit prominently up-front beside the guitar, all contributing to a casual and welcoming atmosphere.

The message seems to be that one should expect something a little different from the Quad Cities-based band, a departure from its good-natured, Americana-based jams. And The Dawn delivers that throughout with an impressively broader palette and an emphasis on soul and funk.

But the real kick comes on the record’s second half, and it’s a revelation. When the band not only expands its style but messes around with structure, the results are bracingly good. 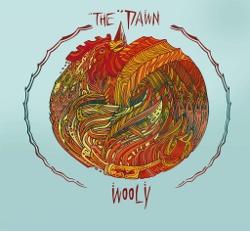 Like “Wooly,” the album eases listeners toward a more-expansive sound. For a while – perhaps too long – the opener seems more like a tease than a promise. Following the title track, Wooly – due July 7 from Cartouche Records, a day before the band’s Dawn & On festival in Moline – sticks skillfully to familiar territory.

The Dawn remains particularly strong during its instrumental jams, in full evidence on the yearning but light “1984” and the up-tempo country rock of “Dance All Night” – both seven-plus minutes in which Ryan’s deft guitar solos segue into full-band cacophonies. Their long runways toward liftoff, however, undoubtedly work better in a live context than on record, as both here feel like they amble their way to rocking.

On the more concise side of things, the doo-wop-y “Stay (Won’t You)” has the vibe of an emergence from sleep, while “Let Me Be Your Man” is breezy funk heavy on bass and keys. (A minor complaint on pairing those tracks: The use of Ryan’s falsetto on consecutive songs has the effect of emphasizing their similarities rather than their differences.)

But Wooly really takes off when the band, on the back end, throws its basic recipes out the window.

There’s “A Little Peace of Mind,” a jaunty, country-fed shit-kicker that starts with the tension fully ratcheted up in its interplay between guitar, piano, and drums. When the gate lifts at the 45-second mark, off they go. For once, the tempo gallops, and the song finds a perfect home somewhere between the saloon and church.

Two tracks later – after “Dance All Night” – is the album’s shocker, the angular, hard-edged funk of “Watch Me Fly.” The keys and guitar – in separate channels – are a dirty combo, balanced by the smooth sounds of the bass and sax in the middle. The density and arrangement of clearly articulated instrumental textures is impressive: There’s room for keyboard curlicues, and in one break the rhythm guitar subtly shifts toward the front of the mix to show off its own bit of voodoo. But most importantly the song lives, with the music moving elegantly and naturally from place to place, ebbing and flowing in a coherent whole that needs all of its seven minutes.

Those two tracks represent the album’s poles – one defiantly rural and the other fully urban – and it’s unfortunate that they’re both placed on Wooly’s second half. The song order means it takes quite some time for the band to spread its wings.

But the album’s final stretch really sings – a function of some divergent material, the sequencing, and especially the breathing room The Dawn gives it all. There’s open space built into “Watch Me Fly,” and that exclamation point of a song is followed by a brief reprise of “Wooly,” which segues into the airy solo-sax outro of “End of Session.” It took a while to get there, but the promise of Wooly’s beginning is definitely fulfilled.

The Dawn’s Wooly will be available from Cartouche Records (CartoucheRecords.com) on Friday, July 7. The album will also be available at Ragged Records (418 East Second Street, Davenport).

The Dawn will headline the Dawn & On Festival (TheDawnBand.com/festival.html) on Saturday, July 8, at Len Brown’s North Shore Inn & Marina (700 North Shore Drive, Moline). The noon-to-midnight event will feature more than a dozen bands, and admission is $5.