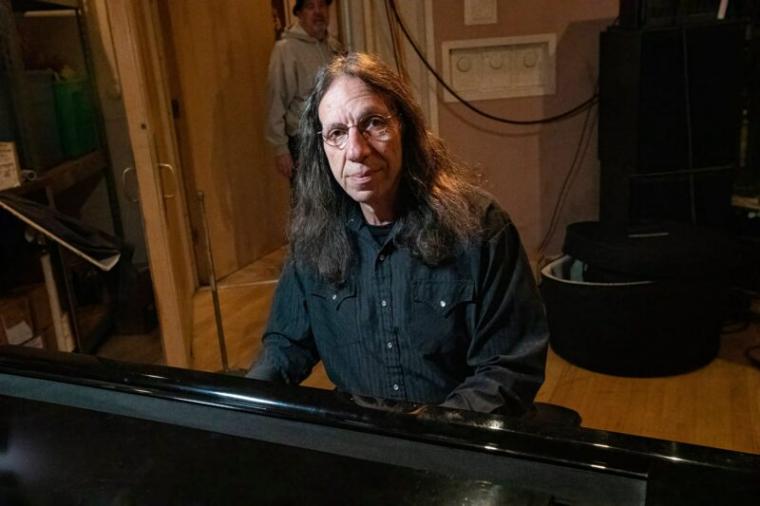 The Bruce Katz Band at the Moline Viking Club -- June 20.

Descibed by Jazz Times as an artist who “cooks up a brilliant marriage of blues, jazz, gospel, and soul,” New York Blues Hall of Fame inductee Bruce Katz and his Bruce Katz Band play a June 20 concert sponsored by the Mississippi Valley Blues Society, showcasing the talents that led the St. Louis Post-Dispatch to declare, “This tight ensemble hits all the marks with deadly aim.”

A Boston native and world-class Hammond B-3 organ and piano player, Katz studied composition and performance at the Berklee College of Music in the mid-1970s, and for the next 15 years, played with many of the leading musicians in New England, enjoying a particularly long stint with Barrence Whitfield & the Savages. In 1992, he was invited by Ronnie Earl to join his band The Broadcasters, and during his nearly five-year tenure with the group, Katz toured the world and performed on six albums, writing or co-writing many of the tunes on Grateful Heart, which won the Downbeat Critics Poll for Best Blues Album of 1996. Katz also recorded his solo debut Crescent Crawl in 1992, and after the 1997 release of his third album Mississippi Moan, the artist began concentrating on his career as a solo artist and frontman for the Bruce Katz Band, an ensemble that has spent more than 20 years touring extensively throughout the U.S., Canada, and Europe.

A five-time nominee for the Blues Music Award for “Pinetop Perkins Piano Player of the Year,” Katz also performs regularly with John Hammond, the Delbert McClinton Band, and Jaimoe's Jasssz Band, and was a member of the Gregg Allman Band from 2007 to 2013. His 2008 CD Live! At the Firefly, meanwhile, rose to number-11 on the National Living Blues Radio Chart, with 2014's Homecoming spending four months on that chart and peaking at number-three on the Contemporary Blues Chart. In addition to performing, Katz teaches piano, Hammond organ, and theory privately at his studio in West Shokan, New York, and conducts master classes in Hammond B3 and blues history at schools and music festivals worldwide.

Admission to the Mississippi Valley Blues Society's June 20 event is $13-15, and more information is available by calling (563)322-5837 and visiting MVBS.org.