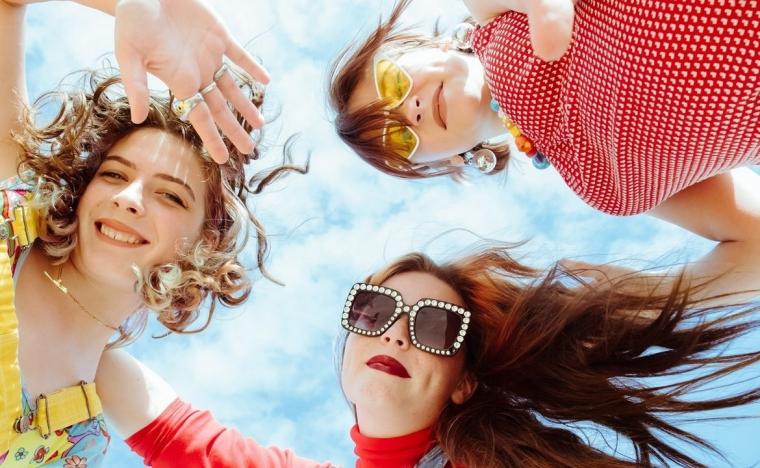 A trio of sibling singers, songwriters, and instumentalists hailing from Columbia, Missouri, the critically acclaimed touring musicians of the Burney Sisters play a special concert event at Bettendorf's Crawford Brew Works on October 31, with Wide Open Country stating that the young performers “have the talent and wisdom of artists three times their age.”

A folk act composed of Olivia (age 16), Emma (age 13), and Bella (age 11), the Burney Sisters have stated that they started singing around the house when they were barely able to walk. With some vocal coaching from their mother, they began harmonizing well before they picked up instruments. Olivia found her first love with the ukulele after finding one at a garage sale for a dollar, and has since evolved to play guitar as a primary stage instrument, as well as bass. She wrote her first song at 11 years of age, and five years later, the nascent talent has filled multiple books with over 100 songs of original Burney Sisters' lyrics. Emma, who plays fiddle, cello, bass, piano, and guitar, has followed suit in her writing endeavors, with her first original work debuting in 2020. Meanwhile, Bella, the newest member of the professional ensemble that began as a duo, is the group's bassist and sings third-part vocal harmony. To date, the Burney Sisters have written and arranged four EPs that landed between 2017 and 2020, and this past spring, the siblings released their first full album Then We'll Talk, a recording that continues to show their expansion of lyrical growth and creativity.

Over the course of their burgeoning careers, the Burney Sisters have been the recipients of significant praise from news outlets nationwide. According to the Riverfront Times, “They play with a heart-on-their-sleeves earnestness in a similar manner to North Carolina folk-rockers The Avett Brothers.” The Boot raved that “For the Burney Sisters, age ain't nothin' but a number. Their vocals are powerful, their melodies are pitch-perfect – and yes, their family harmonies are on point.” Her magazine wrote that “audiences are captivated” by the siblings' “jazz and Americana vocal styles harmonized beautifully with their guitar and ukulele riffs.” And as Big Hassle magazine lauded, “This much melodic charm and soul-nurturing sibling harmonies coming from singer/songwriters at any age would set most music lovers' ears on high alert. The Burney Sisters will amaze you with the maturity of their songs, all while crushing you with skills. The kids are alright!”

The Burney Sisters play Crawford Brew Works beginning at 2 p.m. on October 31, and the afternoon will also boast special Halloween activities and the Floyd's Burgers & Sliders food truck in the venue's parking lot. Admission is free, and more information is available by calling (563)332-0243 and visiting CrawfordBrewWorks.com.