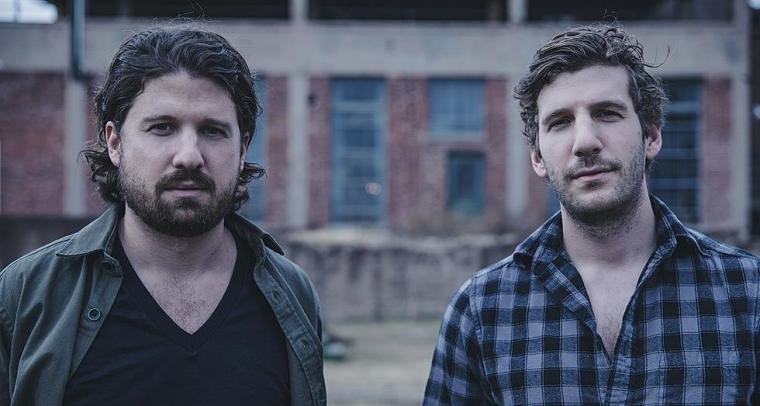 Described by Rolling Stone as performing “heartland rock in the vein of working-class heroes John Mellencamp and Tom Petty, but distinguished by a power-pop sheen,” the Cerny Brothers – Sherrard, Illinois natives Robert and Scott – play Davenport's Raccoon Motel on May 27 and 28 in support of their most recent album Looking for the Good Land, a work No Depression called “an artifact in realism and artistic translation of all the feelings that there are no words for.”

Currently residing in Nashville, the sibling musicians began performing as the electronic-rock duo Planning the Rebellion when they were students at Northern Illinois University, and after teaming up with friends from the Giving Tree Band, the duo released their debut album Dream under the moniker the Cerny Brothers. Following a move to Los Angeles, Robert and Scott released their self-titled The Cerny Brothers in May of 2013, with their third album Sleeping Giant unveiled less than two years later. In its review of the 12-song work, Planet Stereo Live wrote, “With stunning instrumentalists, clever lyrics, and pure heart, the band manages to give words and swelling sounds to the little moments that leave us often struggling to formulate words.” And Live for Live Music described the Cerny Brothers' third offering as “their latest and greatest album to date – refined, fresh, and ripe for the picking.”

Now being promoted on TheCernyBrothers.com as a work “anchored in the anthemic spirit of Bruce Springsteen, John Mellencamp, and other blue-collar bandleaders,” the brothers' fourth album Looking for the Good Land has been earning some of the strongest reviews of its creators' careers. Vents magazine called it “a true all-American rock record with a great Midwestern swing in the vein of the late, great Tom Penny.” Music Existence raved, “Whether you're new to their sound or have been following them since day one, it truly is a record that sits a cut above the rest.” And California Rocker said of the Cerny Brothers' latest, “This is a strong collection of 12 Americana songs that raise issues and hope that when you're armed with memories and good thoughts from loved ones, you won't get lost.”

The Cerny Brothers play their Davenport engagements on May 27 and 28, admission to the 8 p.m. concerts is $20, and more information and tickets are available by visiting TheRaccoonMotel.com.