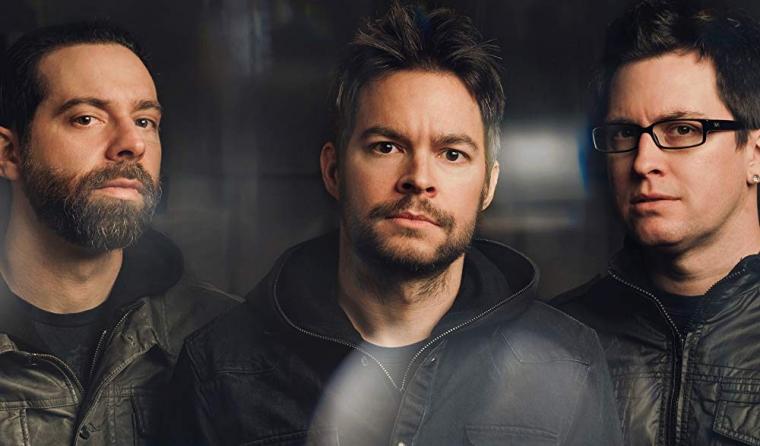 Chevelle at the Rust Belt, September 19

Veterated alternative rockers whose most recent album, 2021's Niratias, was described by AllMusic.com as a “visceral sci-fi fever dream that pairs light, caustic riffage with billowing melodic contrails,” Chevelle brings its tour to East Moline venue The Rust Belt on September 19, the admired group led by brothers Pete and Sam Leoffer now in its 26th year of professional performance.

Chevelle formed in 1995 in Grayslake, Illinois, when Pete started playing guitar and singing while Sam began playing drums in their parents' garage. Alongside bassist Matt Scott until 1996 and the Loefflers' youngest brother Joe (who started at age 14) afterward, the band started playing small outdoor concerts and clubs around Chicago, released the seven-track demo The Blue Album in 1998, and played small concerts for the next three years until they were signed on to Steve Taylor's Squint Entertainment label. Chevelle recorded with Steve Albini for 17 days in Electrical Audio studios and released its first full-length album Point #1 in 1999. Two singles, "Mia" and the recording's title track, were released from the album with accompanying music videos, and the songs received GMA Dove Awards in 2000 and in 2001, with the album itself receiving a 2000 Dove Award for "Hard Music Album." The group subsequently toured as support to bands such as Sevendust, Machine Head, Filter, and Powerman 5000, and released its second studio album Wonder What's Next on Epic Records in 2002, a release that ultimately achieved double-platinum sales.

To date, Chevelle has released nine studio albums, three live albums, two DVDs, 28 singles, and 18 music videos, with the group's three most recent albums – 2014's La Gárgola, 2016's The North Corrdor, and this past March's Niratias – all topping Billboard's U.S. Alternative chart and making the top 10 on the Billboard 200. Among the Chevelle songs that have hit the number-one position on various Billboard charts are “Send the Pain Below,” “Vitamin R (Leading Us Along),” “Face to the Floor,” “Take Out the Gunman,” “Joyride (Omen),” and this year's “Self Destructor.” And with their songs appearing on such TV series as Dawson's Creek and Daria and such video games as Donkey Konga 2 and Tony Hawk: Ride, Chevelle's musicians have been the beneficiaries of numerous rave reviews, with the Daily Texan praising their output as "a kind of controlled chaos, a beautiful darkness, a gentle rampage of aural velocity.”

Chevelle plays their East Moline engagement at 7 p.m. on September 19, admission is $32.50-42.50, and more information and tickets are available by visiting TheRustBeltQC.com.