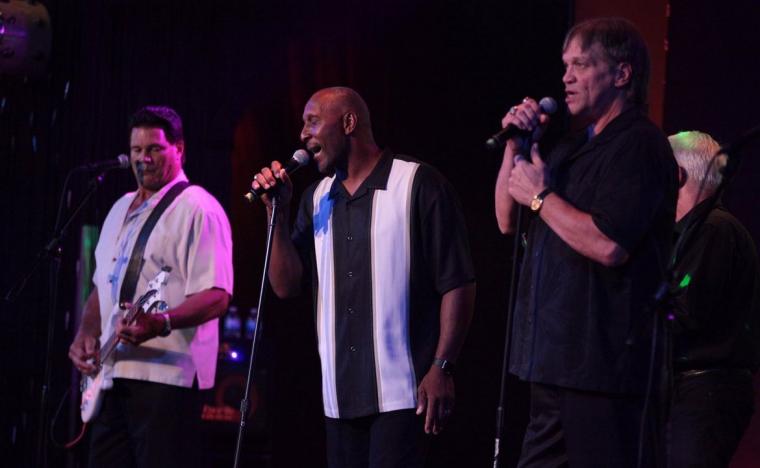 A unique evening of legendary football players discussing their NFL careers in between performances of rock, Motown, and country classics will take place at Davenport's Rhythm City Casino Resort on August 24, with the Chicago 6 Band treating audiences to musical memories and inside stories delivered by former Chicago Bear Dan Hampton and his Super Bowl-winning teammates Otis Wilson and Steve McMichael.

Also known as “Danimal,” Hampton is a retired Hall of Fame American football defensive tackle who played 12 season with the Bears from 1979 to 1990. He was elected to the Pro Football Hall of Fame in 2002 and currently hosts the Bears postgame show on WGN Radio in Chicago. Hampton was also voted the NFLPA NFC Defensive Lineman of the Year in 1984 along with being consensus All-Pro, having tied his own career-best of 11 and a half sacks that year. The Bears' defense was top of the league and Hampton was part of 1984 Bear defense that set the NFL record for most sacks in a season, with 72, and is the co-holder of the record for most sacks in a game with 12.

Wilson is a a former linebacker for the Bears and the Los Angeles Raiders who, alongside his teammates, won the Super Bowl as a member of the 1985 Bears, and he's also the father of former Cincinnati Bengals running back Quincy Wilson. Having played for the Bears from 1980 to 1987, Otis is now focusing full-time on his nonprofit organization, The Otis Wilson Charitable Association, which provides an all-inclusive health and fitness program for at risk youth. Meanwhile, Wilson's book If These Walls Could Talk: Chicago Bears was released in September of 2017.

Nicknamed “Mongo,” McMichael is a former defensive tackle for the Bears, commentator, professional wrestler for World Championship Wrestling, and head coach of the Continental Indoor Football League's Chicago Slaughter. In addition to his 1981 to 1993 tenure with the Bears, McMichael played for the New England Patriots in 1980 and the Green Bay Packers in 1994, and during his pro-wrestling career, he became a member of the legendary The Foyr Horsemen Stable and held the WCW United States Title. McMichael has been a regular presence on Chicago sports radio for several years, and is the namesake of a restaurant in the southwest suburbs of Chicago

The Chicago 6 Band plays the Rhythm City Casino Resort Event Center at 7 p.m. on August 24, admission to the concert is free to Resort Club members enrolled in the eClub, and more information on the night is available by calling (844)852-4386 or visiting RhythmCityCasino.com.