Church of Misery, May 27 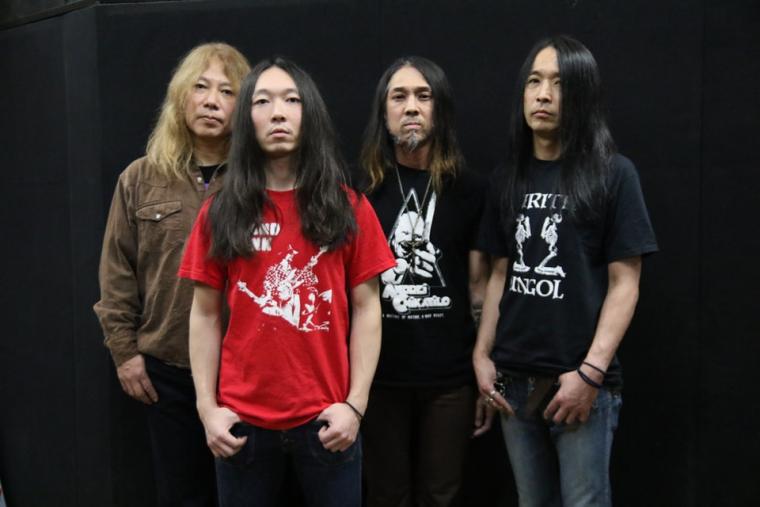 Described by The Obelisk as “among the best in the world at what they do,” the doom-metal musicians of Japan's Church of Misery headline a special Memorial Day concert at the Rock Island Brewing Company, their May 27 set demonstrating why Metal-Archives.com calls the band “a fairly unique and contradictory example of how dark, disturbed, catchy, and even fun this type of music can be.”

Based in Tokyo and famed for melding psychedelic rock with the tenets of early Black Sabbath-style metal, Church of Misery formed in 1995 with vocalist Kazuhiro Asaeda, guitarist Tomohiro Nishimura, drummer Hideki Shimizu, and bassist Tatsu Mikami, the latter of whom still tours with the group and has been the sole constant member in its lineup. This quartet recorded the Vol. 1 album that was released in 1997 by Doom Records without the band's consent (later officially reissued in 2007 by Japan's Leaf Hound Records), and Church of Misery's band's first EP Taste the Pain was released in 1998, followed by the Murder Company EP in 1999. In 2001, Southern Lord Records issued the band's official debut full-length album Master of Brutality, and when the recording was re-released in 2012, Blinded by Sound praised its “diabolical groove metal” while calling the work “a menacing way to dip into the blood pool for fans who have missed the bus on the first pass.”

The band's second full-length album, The Second Coming, was released in 2004, and that same year, Leaf Hound released Early Works Compilation, a collection of Church of Misery's first two EPs, cover versions of songs, and other material recorded from 1998 to 2000. A European tour alongside Sourvein followed in 2006, and after a decade of additional singles, EPs, and full-length albums (including 2009's Houses of the Unholy and 2013's Thy Kingdom Scum), Church of Misery enjoyed one of its biggest critical and commercial success with 2016's And Then There Were None … . According to EchoesAndDust.com, the album's “tales of murder and mayhem are related with morbid glee,” and InvisibleOranges.com labelled And Then There Were None … “another perfect slice of serial-killer doom.”

Church of Misery plays RIBCO on May 27 with opening sets by Mondo Generator and Toke, tickets to the 7:30 p.m. concert are $15, and more information is available by calling (309)793-1999 or visiting Facebook.com/RockIslandBrewingCompany.