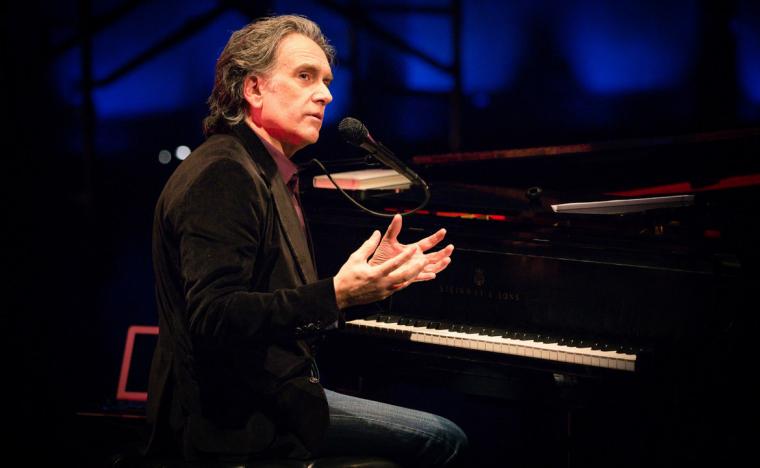 A Concert & Conversation with Peter Buffett at Augustana College -- March 5.

The youngest son of billionaire investor Warren Buffett, pianist/composer Peter began his musical career in San Francisco in the early 1980s, recording and producing albums for local talent and composing logos and jingles for area ad agencies. Having signed with the new-age-music recording company Narada Productions, he released his first album The Waiting in 1987, and three years later, Buffett scored his first major success composing music for the “fire dance” sequence in Kevin Costner's Oscar-winning Dances with Wolves. Numerous compositions on Native American themes followed – among them Buffett's scoring of the Costner-produced CBS miniseries 500 Nations – and in 1999, the artist's score for the documentary Wisconsin: An American Portrait won the Emmy Award for Best Soundtrack. Buffett's first vocal album Gold Star was released in 2006, and over the course of the next two years, he also recorded Staring at the Sun and Imaginary Kingdom on his own label BeSide Records.

Buffutt's interests and accomplishments, however, extend far beyond music. He currently serves as the co-chairman of the NoVo Foundation, an organization dedicated to catalyzing a transformation in global society, moving from a culture of domination and exploitation to one of equality and partnership. Alongside his wife Jennifer, the organization supports the development of capacities in people, both individually and collectively, to help create a caring and balanced world that operates on the principles of mutual respect, collaboration, and civic participation, its plan to reverse the paradigm predicated on hierarchy, violence, and the subordination of girls and women. In 2010, Buffett's book Life Is What You Make It: Find Your Own Path to Fulfillment was published and publicly praised by former President Bill Clinton, Melinda Gates, and Gloria Steinem, selling more than a half-million copies worldwide and peaking at number four on The New York Times Best Sellers List. And along with cellist Michael Kott, Buffett has enjoyed international tours of his Concert & Conversation performance, visiting numerous university campuses, community foundations, and other organizations using his own life story and experiences as illustration. In Buffett's presentations, he discusses how important it is for each person to define his or her own path, regardless of their wealth or background, and ultimately conveys that it’s one’s values, and what we are able to give back to society, that shape and define us as individuals.

Peter Buffett's evening of conversation and performance at Augustana College begins at 6:30 p.m. on March 5, admission is $15, and more information on the evening is available by contacting United Way of the Quad Cities at (563)355-4310 or UnitedWayQC.org.