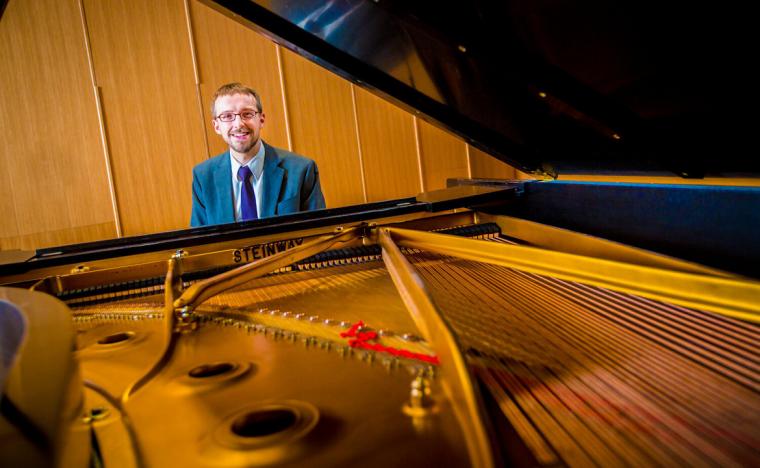 Corey Kendrick & the Organ-ization at the Redstone Room -- November 21.

Described by Jazz Times as “a brilliant young pianist and composer” and by I Dig Jazz as “a dynamic interpreter of standards,” Black Hawk College's director of instrumental music Corey Kendrick and his ensemble The Organ-ization make their debuts at Davenport's Redstone Room on November 21, with the group playing ebullient originals and jazz classics by Oscar Pettiford, Clifford Brown, Sonny Rollins, and more as guests in Polyrhythms' Third Sunday Jazz Series.

A pianist, composer, recording artist, and educator currently living in Davenport, Kendrick released his first album Rootless in June of 2016, a recording that JazzTimes' Travis Roger, Jr. called “a debut album that stands among the finest albums of the year.” He went on to describe Kendrick himself as an artist whose “sense of harmony and melody is something innovative with not only a little adventurousness but, dare I say, bravado.” With the album also rated five stars by Bebop Spoken Here’s Lance Liddle, Rootless quickly climbed the jazz-radio charts, reaching numbers four, five, and 35 on the CMJ, RMR, and JazzWeek charts, respectively, and was featured on PRI’s syndicated program Jazz After Hours. Downbeat magazine’s John Ephland, meanwhile, praised Kendrick as a “very accomplished, highly gifted jazz pianist” with “a patient, maturing voice."

Kendrick received his master's degree in jazz studies from Michigan State University in 2015, and holds a bachelor's in liberal studies from Southern Illinois University Edwardsville. As an educator, he taught improvisation, jazz-piano lab, and applied-jazz piano lessons as a Graduate Assistant at Michigan State University from 2013 to 2015, and served on the faculty at the 2014 MSU Big Band Symposium and, locally, the 2013 Black Hawk College Summer Jazz Camp. Kendrick was also an adjunct instructor at Black Hawk from 2012 to 2013, where he taught Applied Jazz Piano and Jazz Combo, and the musician coordinated the 21st Annual BHC Jazz Festival in 2013. Among Kendrick's notable musical accomplishments, he has toured internationally with Etienne Charles' Creole Soul and regionally with the Rodney Whitaker Quintet, and has performed alongside greats such as Jimmy Cobb, Marquis Hill, Wycliffe Gordon, and Robin Eubanks. His current ensemble The Organ-ization finds Kendrick playing B3 organ, and joined on-stage by Edgar Crockett on trumpet and flugelhorn, Steve Grismore on guitar, and Manuel Lopez III on drums.

Corey Kendrick & the Organ-ization play the Redstone Room at 5 p.m. on November 17, admission to the concert is $15, and more information and reservations are available by calling (309)373-0790 and visiting Polyrhythms.org.