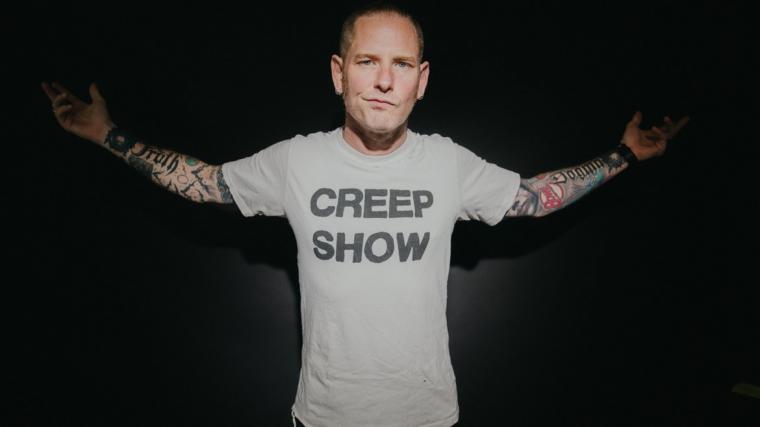 Headlining a pair of June 12 and 13 concerts at East Moline venue The Rust Belt, hard-rock and heavy-metal singer/songwriter Corey Taylor – lead vocalist for Stone Sour and Slipknot – performs from a repertoire including his 2020 solo studio-album debut CMFT, a work that, according to Wall of Sound, “presents the iconic frontman's progression as a musician and just how talented he can be when he tries his hand at genres that have piqued his interest over the years.”

A Grammy-nominated rock band co-formed by Des Moines native Taylor in 1992, Stone Sour performed for five years before disbanding in 1997. They reunited in 2000, and since 2015, the group has consisted of Taylor on lead vocals and guitar, Josh Rand and Christian Martucci on guitar, Johny Chow on bass, and Roy Mayorga on drums. To date, Stone Sour has released six studio albums: Stone Sour (2002); Come What(ever) May (2006); Audio Secrecy (2010); House of Gold & Bones – Part 1 (2012); House of Gold & Bones – Part 2 (2013) and Hydrograd (2017). They also released a digital live album, Live in Moscow, in 2007. Stone Sour earned Grammy Award nominations, both for Best Metal Performance, for the singles "Get Inside" in 2003 and "Inhale" in 2004, and from their album Come What(ever) May, the group received another Grammy nod for Best Metal Performance for the 2007 single "30/30-150." Since the band's inception, Stone Sour has sold more than two million albums in the United States alone.

Also formed in Des Moines – albeit in 1995 by percussionist Shawn Crahan, drummer Joey Jordison and bassist Paul Gray – Taylor's outfit Slipknot is well-known for its attention-grabbing image, aggressive style of music, and energetic and chaotic live shows. The band rapidly rose to fame following the release of their eponymous debut album in 1999, gained in popularity with 2001's follow-up Iowa, and had a massive hit with Slipknot's fourth album All Hope Is Gone, which debuted at number one on the Billboard 200 chart. Having sold more than 30 million records worldwide, Slipknot has been nominated for 10 Grammy Awards, winning the Best Metal Performance category for 2006's "Before I Forget," and describing one of the band's concerts, Kerrang!'s Alistair Lawrence raved that "the choreographed chaos is too multi-faceted to fully describe."

In addition to fronting Stone Sour and Slipknot, Taylor has worked with other several bands, including Junk Beer Kidnap Band, Korn, Disturbed, Apocalyptica, Code Orange, Anthrax, Steel Panther, Falling in Reverse, and Soulfly. He has been ranked among Hit Parader's list of "Top 100 Metal Vocalists of All Time," and was also honored by NME as the seventh-greatest heavy-metal frontman in music history. Released last October, Taylor's debut solo effort CMFT made history with its powerful single “Black Eyes Blue” reaching the number-one spot at Active Rock Radio, making Taylor the format's first artist to reach the top spot with three separate projects following his chart-topping efforts with Stone Sour and Slipknot. Additionally, as an author, Taylor made the New York Times Best Seller List with 2011's Seven Deadly Sins in 2011, and followed it up with 2013's A Funny Thing Happened on the Way to Heaven, 2015's You’re Making Me Hate You, and 2017's America 51.

Corey Taylor's 8 p.m. concerts on June 12 and 13 feature opening sets by Cherry Bombs, admission is $50, and more information and tickets are available by visiting TheRustBeltQC.com.