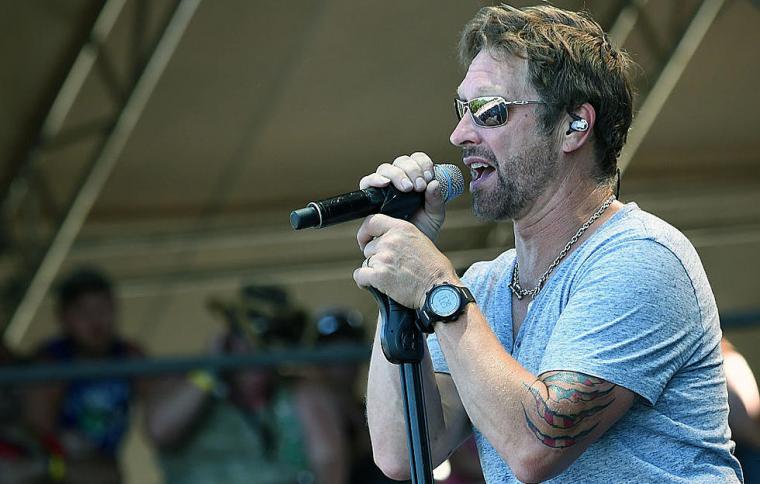 A chart-topping country star wraps up both the Mississippi Valley Fair's grandstand concert series and the 2021 fair itself with the August 8 arrival of Craig Morgan, the singer/songwriter and acoustic guitarist responsible for such Billboard top-10 hits as My Kind of Livin', That's Why, and This Ole Boy.

Born in Kingston Springs, Tennessee, in 1964, Morgan served on active duty for nine-and-a-half years in the U.S. Army as a member of the 101st and 82nd Airborne Divisions. Upon his return home to Tennessee, he worked as a construction worker, security guard, and Wal-Mart employee before landing a job in Nashville singing demos for other songwriters and publishing companies. Those demos led to Morgan releasing his first, self-titled album with Atlantic Records in 2000, a recording that produced three singles including "Something to Write Home About," which reached number 39 on the Billboard Hot Country Singles & Tracks (now Hot Country Songs) charts. After Atlantic closed its Nashville division in 2001, Morgan signed to the independent Broken Bow Records and released three studio albums – 2003's I Love It, 2005's My Kind of Livin', and 2006's Little Bit of Life – as well as a 2007 greatest-hits album before leaving the label. The following year, Morgan signed to BNA Records and released That's Why, which was re-issued in 2009 with three alternate tracks.

My Kind of Livin' is currently Morgan's best-selling and highest-charting album, having peaked at number seven on Billboard's Top Country Albums, and been certified gold by the Recording Industry Association of America. Taken overall, Morgan's discography has comprised seven studio albums of original material and three compilation albums (most recently 2020's God, Family, Country), plus 26 singles, with five of the artist's studio albums accounting for 17 singles on the Billboard Hot Country Singles charts. His highest-peaking single is the chart-topping "That's What I Love About Sunday," the first number-one smash for Broken Bow, and the number-one country-music single of 2005 on Billboard's year-end charts. Six more of his singles have reached Top 10 on the country singles charts, as well: "Almost Home," "Redneck Yacht Club," (another gold-certified hit for Morgan) "Little Bit of Life," "International Harvester," "Love Remembers," and "Bonfire.”