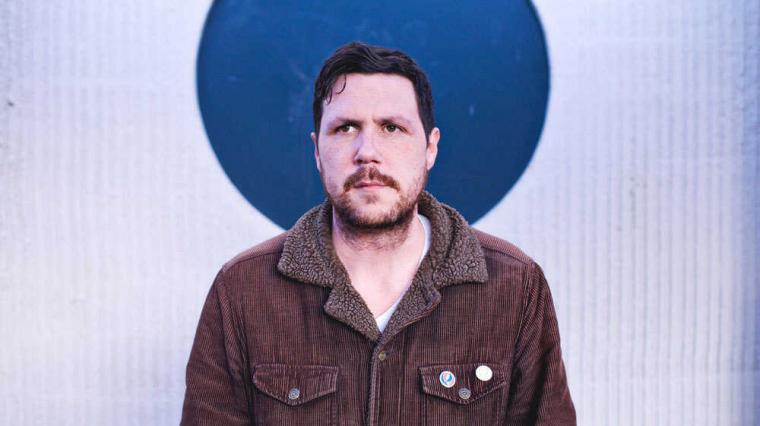 Damien Jurado at the Codfish Hollow Barn -- May 27.

With his most recent album The Monster Who Hated Pennsylvania lauded by Pop Matters as “a collection of 10 beguilingly potent song-stories" in which "much that goes unsaid, indeed, says a lot," indie-rocker Damien Jurado headlines a May 27 concert at Maquoketa's Codfish Hollow Barn, the singer/songwriter praised by Exclaim.ca for "his ability to express emotions, truths and transcendent moments through brief character studies."

A Seattle native, Jurado often makes use of found-sound and field-recording techniques, and has experimented with different forms of tape recordings. The artist's solo career began during the mid-1990s, releasing lo-fi folk-based recordings on his own cassette-only label Casa Recordings. Gaining a local cult following in Washington, Jurado was brought to the attention of Sub Pop Records by Sunny Day Real Estate singer Jeremy Enigk. After two 7-inch releases (Motorbike and Trampoline),Sub Pop issued the singer/songwriter's first full album Waters Ave S. in 1997. His second album Rehearsals for Departure was released in 1999, and a year later, Jurado delivered Postcards and Audio Letters, a collection of found audio letters and fragments that he had found from sources such as thrift-store tape players and answering machines. Also released in 2000 was Ghost of David, Jurado's bleakest and most personal record to date.

A 2002 recording, I Break Chairs, was produced by longtime friend David Bazan of Pedro the Lion; it was Jurado's last album for Sub Pop, and a much more rock-centric, electric work than his previous releases. After signing with the Indiana-based label Secretly Canadian, Jurado reverted to his trademark folk ballad-based style, releasing four more albums: 2003's Where Shall You Take Me?, 2005's On My Way to Absence, 2006's And Now That I'm in Your Shadow, and 2008's Caught in the Trees. Following that quartet, Jurado teamed with his brother Drake to issue an LP under the moniker Hoquiam. Released in February of 2010, the album preceded Jurado's next solo release Saint Bartlett, and after touring the album with Kay Kay and His Weathered Underground, Jurado began work on his 10th studio album Maraqopa.

In January of 2014, Jurado released Brothers & Sisters of the Eternal Son, and album that marked the third straight collaboration with producer Richard Swift. In March 2016, Jurado released Visions of Us on the Land, and in December of the same year, he and Swift released a collection of covers from 2010, Other People's Songs, Volume 1. Since then, Jurado has released four additional full-length albums in 2018's The Horizon Just Laughed, 2019's In the Shape of a Storm, 2020's What's New, Tomboy?, and last year's The Monster Who Hated Pennsylvania, the latter the artist's first release on his Maraqopa Records label.

Damien Jurado plays his Maquoketa engagement with an opening set by Chris Pureka, admission to the 8 p.m. concert is $35, and more information and tickets are available by visiting CodfishHollowBarnstormers.com.