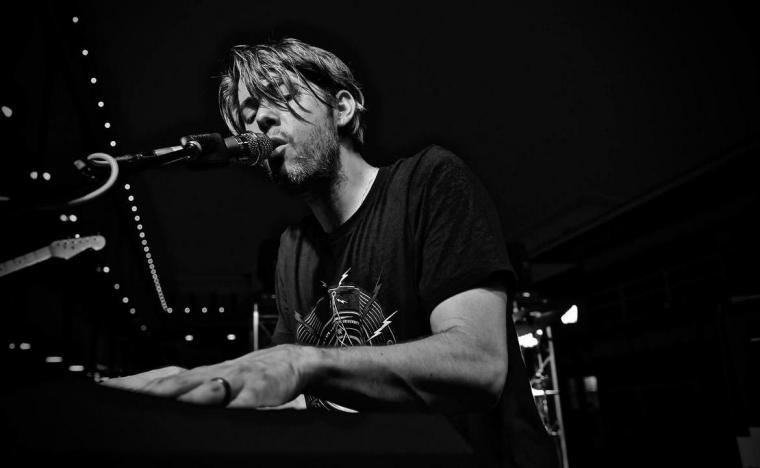 With Elmore magazine raving about his “intimate and confessional” lyrics and LiveGigShots.com describing him as “one of the best, most versatile songwriters around,” folk-rock singer/songwriter and Illinois native Dan Hubbard and his band play a May 17 concert at Davenport's Redstone Room, the album-release show for his new Attention demonstrating why Independent Clauses stated, “Dan Hubbard should be on your to-hear list.”

Born and raised in Bloomington, Hubbard began playing guitar at age 15, and after graduating from Illinois State University, began to pursue a professional career in music. Assembling a team of like-minded musicians, the nascent artist originated Dan Hubbard & the Humadors, with whom he played from 2008 through 2014. The band recorded a self-titled 2008 debut that was followed by 2011's Live at the Castle Theater and The Love Show, the latter of which made the top 50 of Billboard's Roots Rock chart. While fronting his ensemble, Hubbard was also recording as a solo artist, his 2007 debut Life Is Sweet leading to 2010's See You Again and 2013's Livin' in the Heartland, a work that Nanobot Rock Reviews said “allows you to leave the complications of the real world behind and escape to a comfortable dimension of heartwarming reminiscence.”

Over the past 15 years, Hubbard has shared stages with the likes of Martin Sexton, Andrew Combs, and Nikka Costa, and currently maintains a touring schedule of at least 125 performances per year. In 2016, he collaborated with Nashville producer and three-time Grammy Award nominee Ken Coomer on the self-titled Dan Hubbard. The artist's new Attention, meanwhile, finds the singer/songwriter addressing, according to his online biography, “everything from lost love to suicide, to broken, anger, hatred, and – a running theme in all Hubbard's work – the redeeming power of love.” As Hubbard states, “The subject matter has become more intense with this album. I’m trying to meet people in their deepest, most vulnerable places, and let them know that they’re not alone.”

Dan Hubbard's May 17 Redstone Room concert opens with a set by singer/songwriter Steve Baumann, admission is $12-15, and more information on the night is available by calling (563)326-1333 or visiting RiverMusicExperience.org.