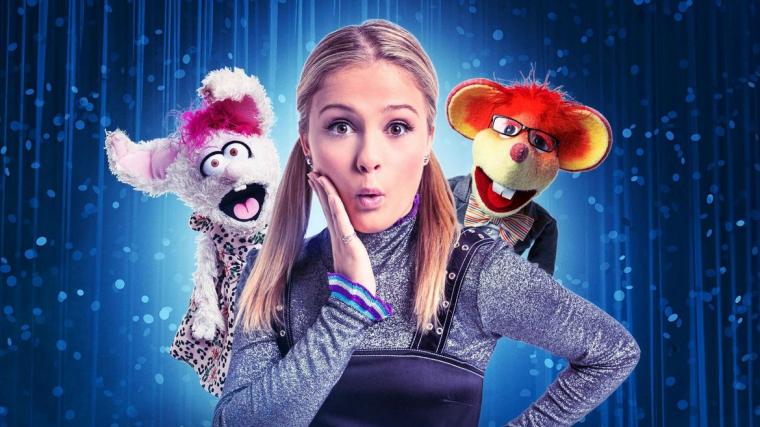 A stunningly gifted singer, comedian, and ventriloquist who, at age 13, was the grand-prize winner of the 12th season of NBC's America's Got Talent, Darci Lynne Farmer brings her singular talents and felt-laden pals to Davenport's Adler Theatre on October 10 alongside some of her touring friends, among them the diva-esque rabbit Petunia, the shy and soulful mouse Oscar, and a sarcastic old lady (puppet) named Edna.

Based in Oklahoma, Lynne overcame her grade-school shyness through the pageant circuit, and inspired by the young ventriloquist and pageant veteran Laryssa Bonacquisti, she requested a puppet for her 10th birthday. The eventual gift, and Lynne's prodigious gift for throwing her voice, led to the girl winning the junior division at Oklahoma's Got Talent and Oklahoma Kids, followed by citations in the “Broadway,” “Specialty Acts,” and “Entertainer of the Year” categories at American Kids in Branson, Missouri. Lynne consequently competed on the 12th season of America's Got Talent in 2017, and during the first episode broadcast on May 30, she and her puppet Petunia sang the Porgy & Bess song “Summertime” a performance so impressive that Lynne was allowed to bypass the show's judge cuts and go straight to the quarterfinals. The video of this performance, meanwhile, became the most viewed video in the show's history within 30 hours of broadcast, and later placed fourth on YouTube's list of the top 10 trending videos of 2017.

When Lynne ultimately won the competition in the show's final episode of the season, she received a $1-million prize and a headline gig at Planet Hollywood in Las Vegas, while a national tour – Darci Lynne & Friends Live, a national tour, was announced for 2018 and 2019. In January of 2018, Lynne appeared on the Today show with Oscar, performing “Who's Lovin' You,” and that March, she appeared on the Grand Ole Opry and made an appearance on the Nickelodeon Kids' Choice Awards. That December, Lynne starred in and hosted the NBC holiday special Darci Lynne: My Hometown Christmas, which included both ventriloquial singing with her puppets and duets with the gifted likes of Lindsey Stirling, Toby Keith, and Kristin Chenoweth. According to Tony Award-winning ventriloquist Jay Johnson, Lynne is “a wonderfully talented girl” with “near perfect” ventriloquism technique and “singing chops [that] could stand alone without the puppet assistance,” with the former Soap co-star adding that Lynne's "dedication to the art and ... young spirit will influence a generation of belly talkers to come.”