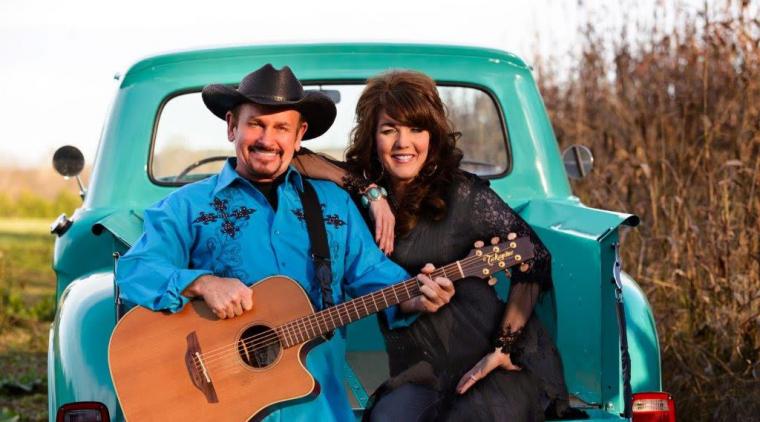 A pair of highly regarded country musicians from Nashville will team up at the Ohnward Fine Arts Center on October 20, when the Maquoketa-based venue presents the touring sensation The Dave & Daphne Show – an evening of toe-tapping originals and country and gospel favorites performed by recording stars Dave Salyer and Daphne Anderson.

His albums including Pickin' Parlor, Originals, and the recent Red Hot Guitar, singer/songwriter and guitarist Salyer inherited his love of country music through his uncles Jim and Jesse McReynolds, two bluegrass legends and regular members of the Grand Ole Opry. With Salyer's repertoire ranging from “Orange Blossom Special” to “The Flight of the Bumblebee” to “The William Tell Overture,” the artist has toured the world as backup for the legendary Barbara Mandrell, who is quoted as saying, “Dave Salyer is the best guitarist I've ever had.” A frequent Grand Ole Opry performer himself, Salyer also found a fan in the Opry's iconic Roy Clark, who called the artist “one of the most fabulous guitarists on the planet,” and clearly meant it as a compliment when he said of the musician's talents “I can't believe this guy – if I could get my hands on him, I'd kill him!”

Anderson, meanwhile, has toured the country with some of the most popular Southern-gospel acts of all time, among them The Bill Gaither Group, The Florida Boys, The Cathedrals, and The Hinsons. With the Southern Gospel Music Association naming her “Female Vocalist of the Year,” Anderson received rave reviews for her recent recording One of These Days, and is renowned for her spot-on impersonations of artists including Tammy Wynetyte, Loretta Lynn, and Patsy Cline. Her solo LP Since I Fell for You finds the artist lending her talents to unforgettable tunes such as “Natural Woman,” “Close to You,” and “Over the Rainbow,” and teaming with Salyer, the duo has released a quartet of Dave & Daphne recordings in Classics, … by Request!, You Raise Me Up, and Legends: A Tribute to the Greats of Country Music.