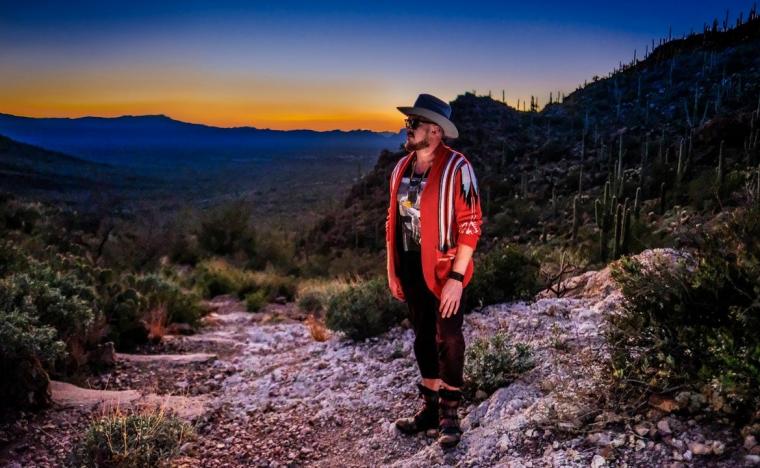 With the artist's February release Room Enough, Time Enough lauded by Glide magazine as “an early candidate for one of the top roots-music albums of the year,” folk singer/songwriter David Huckfelt headlines a concert at Davenport's Raccoon Motel on November 21, his winter recording also praised by Routes & Branches as “grounded in musicianship and songcraft, even as it invites the indwelling of spirits [and] voices across time, space, and culture.”

Iowa native and Minneapolis resident Huckfelt began his music career as a co-founder of the indie/folk outfit The Pines, who received accolades from publications including Mojo, Q, and Rolling Stone. With his musical roots stemming from the same Midwestern soil that produced such legendary folk singers John Prine and Greg Brown, Huckfelt has shared stages with artists including Prine, Mavis Staples, Emmylou Harris, Bon Iver, Calexico, and Trampled By Turtles. In 2018, Huckfelt received the prestigious Artist-In-Residence award at Isle Royale National Park on Lake Superior, where over the course of 16 days, he wrote the 14 songs that would become his breakout solo debut Stranger Angels, a work that The Ark of Music praised for its "beautifully unassuming folk music" and further described as "dense and substantive in its message, yet light and ambient in its delivery."

Six years prior, Huckfelt had met American Indian Movement leader and poet John Trudell on the Pine Ridge Reservation in South Dakota, and their subsequent collaboration resulted in the song "Time Dreams," which was hailed by Democracy Now! and served as the last recording Trudell made before passing. Since then, Huckfelt has partnered with an impressive array of Native American artists and activists including Keith Secola, Quiltman, Winona LaDuke, and novelist Louise Erdrich in the fight for social justice and protection of our environment. And in thousands of shows across the United States, Canada, and overseas, Huckfelt’s grassroots following has grown from small-town opera houses, Midwestern barn concerts, and progressive benefit events to national tours and festival stages including the Hardly Strictly Bluegrass, Edmonton, and Calgary Folk Fests, as well as the First Avenue club in Minneapolis.

The artist's considerable plaudits have continued with Room Enough, Time Enough. American Songwriter called it "a bold environmental battle cry" in which "the lyrical poetry of the album also carries the sound higher through its overarching theme of perseverance and preservation." And No Depression stated that the folk and roots singer/songwriter "celebrates both the joy and the sociopolitical power of art, embracing a belief, as he puts it, 'that music should expand the space of the room where you sit, but at the same time, be so powerful that it nails you to the wall.'"

David Huckfelt plays his November 21 Davenport engagement with an opening set by Billy Sedlmayr, admission to the 7 p.m. concert is $15, and more information and tickets are available by visiting TheRaccoonMotel.com.