The Devil Makes Three, May 20 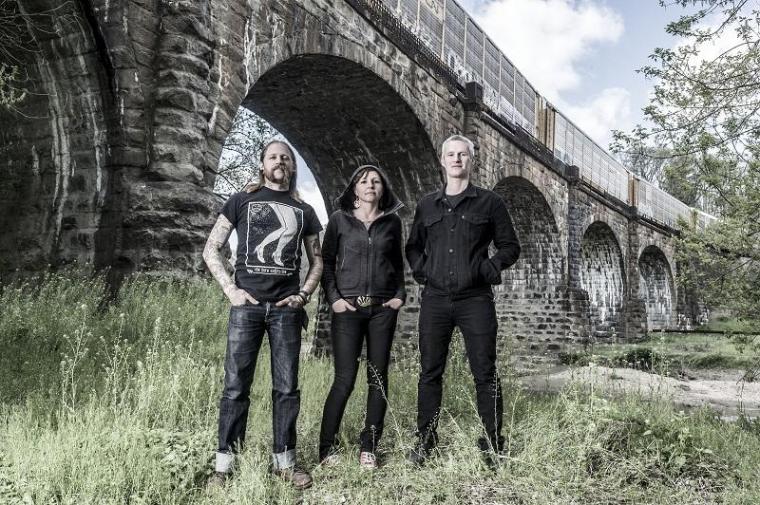 Delivering what American Songwriter calls a “frantic, thrilling, roller-coaster ride of a live show,” the California-based musicians of The Devil Makes Three play East Moline's The Rust Belt as Moeller Nights headliners on May 20, showcasing the bluegrass, country, folk, blues, jazz, and ragtime talents that made PopMatters call the group “one of the most exciting American bands in the business.”

Touring now in support of 2018's Chains Are Broken – the musicians' sixth full-length album and the first of original material since 2013 – The Devil Makes Three is composed of guitarist Pete Bernhard, upright bassist Lucia Turino, and guitar and tenor banjo player Cooper McBean. Bernhard and McBean, both originally from Vermont, played music together as childhood friends, and were also acquainted with Turino, a New Hampshire native raised in Vermont. After graduating from high school, all three moved to California separately, but reconnected in 2001, self-releasing their eponymous The Devil Makes Three debut in 2002. Another independent release followed in 2004's Longjohns, Boots, & a Belt, and after the band recorded two 2006 shows with guest fiddler Chojo Jacques, the recordings were eventually released as the live album A Little Bit Faster & a Little Bit Worse. Independent label Milan Records signed the group shortly thereafter and re-relased The Devil Makes Three,its 2007 re-issue rising to number seven on Billboard's Bluegrass chart.

Since then, The Devil Makes Three released another pair of recordings with Milan and its most recent three with New West Records, and all five have landed in Billboard's top five, with 2009's Do No Wrong, 2016's Redemption & Run, and last year's Chains Are Broken all topping the charts. The trio's musicians have also been active on the international festival circuit – appearing at prestigious fests including Lollapalooza, Bonnaroo, and Hardly Strictly Bluegrass – and have earnest some of the strongest notices of their careers for Chains Are Broken. Paste magazine called the recording “an album imbued with solid hooks, catchy choruses, and irresistible refrains,” while New Noise raved that, with their latest release, The Devil Makes Three's players “somehow manage to be both keepers of the traditional flame yet also reinvent it with their own contemporary style.”

The Devil Makes Three plays The Rust Belt at 7 p.m. on May 20, admission is $20, and more information and tickets are available by visiting MoellerNights.com.