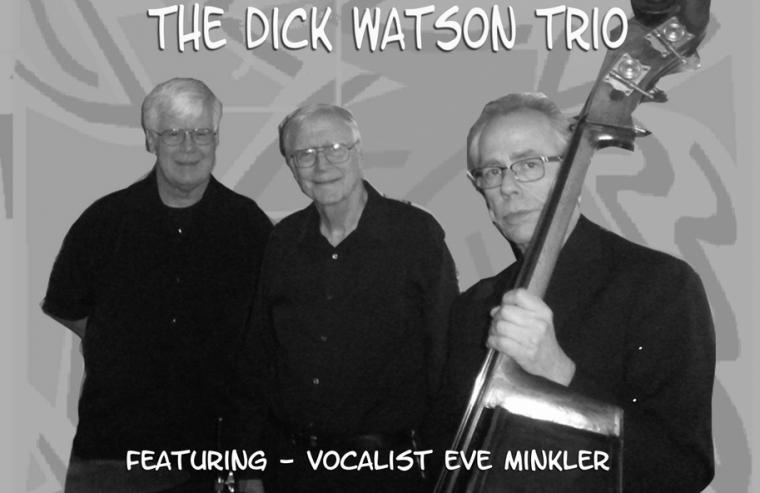 Watson grew up in Indianola, Iowa, and started taking classical piano lessons at age eight. At 13, he added jazz lessons in Des Moines, Iowa with Speck Redd – a good friend of Duke Ellington – and eventually graduated from the University of Iowa. Watson, who still resides in Iowa, has played most of the last 20 years on Friday and Saturday nights with his trio at The Lighthouse Inn in Cedar Rapids, and has played many local festivals and venues in the area over the years, including Davenport's Bix Festival and the Cedar Basin Festival in Cedar Falls. Over the years, Watson has also has performed with the likes of Al Jarreau, David Sanborn, Boots Randolph, Roy Clark, Al Hirt, Smokey Stover, Ray Blue, and Pee Wee Matese.

Originally from Wisconsin, Palmer studied bass with Dr. Joan Orvis and completed a master's degree at the University of Iowa in Double Bass Performance. He went on to become the Principal Bass with the Cedar Rapids Symphony, where he stayed until 1997. In 2001, he became the Principal Bass with the Quad Cities Symphony until 2014, and Palmer has performed with the Glenn Miller Orchestra and toured with the Guy Lombardo and Dick Jurgens Orchestras. He was also a member of the Paul Hemmer Solid Gold Swing Band, the UI Jazztet, and the Bons Amigos Brazilian Jazz Trio, and has been playing with Dick Watson since 2002.

A retired mental-health professional, Wood began playing drums in a rock band when he was in junior high, but graduated to jazz in the late '60s while majoring in music at the University of Iowa, studying with professor Tom Davis. He served in the United States Military Academy Band at West Point in 1971-72, and since returning to Iowa in 1972, he has played with the Dick Watson Trio.

Minkler, who is also Dick Watson's daughter, moonlights as a jazz singer while also holding down her “real” job as a five-time New York Times best-selling celebrity ghostwriter and author. Her debut with the Dick Watson trio was in fifth grade at the Ming Gardens in Coralville, and while in high school, Minkler became a more regular vocalist with the band. She has said that she “always enjoying the father-daughter bonding experience of playing gigs in and around Iowa dear ol' dad.”

The Dick Watson Trio featuring Eve Minkler plays their Davenport engagement at 6 p.m. on June 16, and the concert will be preceded by a 3 p.m. “Jazz Demystifying” workshop. Admission is $10-15 for the evening performance, with the workshop $5 for adults and free for students, and tickets and information are available by contacting Polyrhythms at (309)373-0790 or Polyrhythms.org, or the Redstone Room at (563)326-1333 or RiverMusicExperience.org.