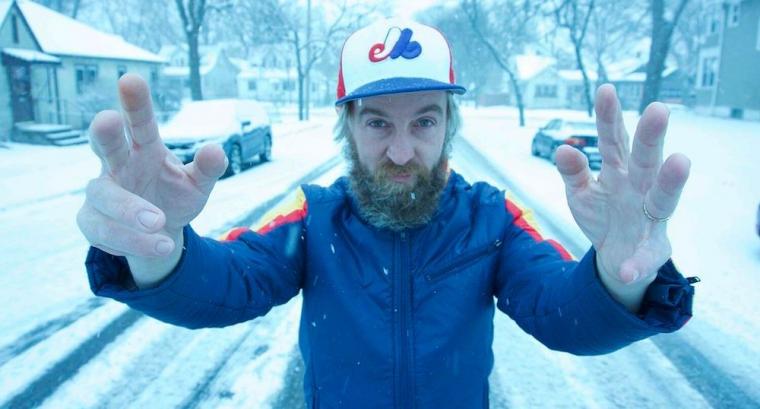 Dosh at the Raccoon Motel -- October 26.

A singer/songwriter and multi-instrumentalist whose music, according to Pop Matters, is “so unique, abstract, and weirdly logical that it defies all industry-standard pigeonholing,” Minnesota native Dosh headlines an October 26 concert set at Davenport's Raccoon Motel, the artist's album Worlds & Wishes praised by NPR as “a series of richly orchestrated, mostly instrumental electronica tracks with a cinematic grandeur.”

Principally a percussionist who usually adds a Rhodes piano to his kit and uses other electronic devices such as samplers and looping pedals, the 39-year-old born Martin Chavez Dosh grew up in the Twin Cities, his musical training having begun with childhood piano lessons. He didn't take up drums until his mid-teens, and by the time Dosh left home for Bard College at Simon's Rock at age 16, he had decided music would likely be his profession, despite subsequently earning a degree in creative writing. Throughout the 1990s, Dosh played with a number of bands on the East Coast, and when he moved back to Minneapolis in 1997, he started his own band, as he had begun to compose his own music. He also worked at his alma mater, Lake Country School, teaching percussion, driving the school bus, and assisting classroom teachers. Immersing himself in the local scene, Dosh played with many bands over the next five years, among them Nasty Goat, Best Red, Animals Expert At Hankering, Iffy, Vicious Vicious, and T. During this period, Dosh also recorded tape after tape of original music on a four-track machine.

Dosh's work with Andrew Broder in Lateduster and Fog gave him an experience that helped him begin to perform solo. In 2002, Dosh released his first, self-titled album that he recorded himself, mostly in his basement. Dosh developed a significant following in the local Twin Cities scene, and City Pages eventually voted him second place on their annual "picked to click" list. The album was re-released internationally on Anticon in 2003, at which point it was reviewed in the Village Voice, URB, Flaunt, XLR8R, The Big Takeover, and a number of online magazines. Dosh went on to tour extensively with Andrew Bird, contributing to the artist's albums Armchair Apocrypha and Noble Beast, and the singer/songwriter is also a member of The Cloak Ox, a four-piece band featuring Andrew Broder, Jeremy Ylvisaker, and Mark Erickson. To date, Dosh has released six albums, four live albums, and an EP as a solo artist, and his most recent album Milk Money was praised by Pitchfork for songs that boast “melodies and rhythms [that] shift in and around one another like a Steve Reich epic on vacation – exciting and electric.”

Dosh plays his Davenport engagement on October 26 with an opening set by singer/songwriter Blake Banks, and admission to the 7 p.m. concert is $12. For more information and tickets, visit TheRaccoonMotel.com.