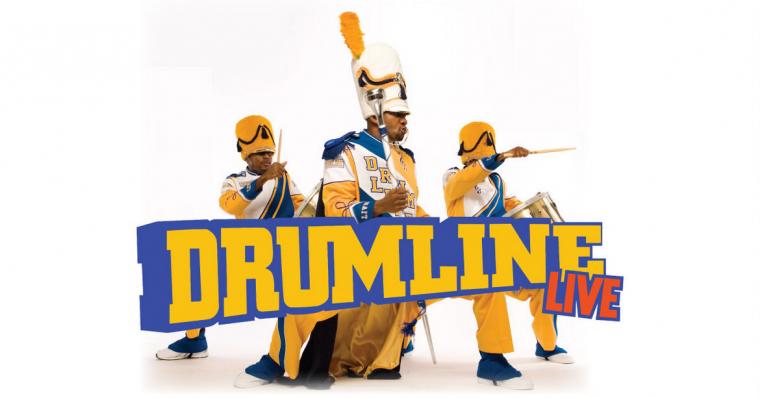 “DRUMline Live!” at the University of Dubuque -- January 26.

Featured in Beyoncé's unforgettable performance piece Homecoming: A Film by Beyoncé!, the musical talents of DRUMline Live! bring their riveting rhythms, bold beats, and ear-grabbing energy to the University of Dubuque's Heritage Center on January 26, this show-stopping family attraction created by the musical team behind the hit movies Drumline and Drumline: A New Beat.

An international touring production based on the Historically Black College and University (HBCU) marching band tradition, DRUMline Live! Delivers a synchronized musical showcase of the HBCU experience. Incorporating original compositions and soul-infused interpretations of top-40 hits, group performances range from colorful, choreographed routines to heavy doses of drum riffs and cadences, and is the brainchild of Don P. Roberts, who served as the Executive Band Consultant for 20th Century Fox's crowd favorite Drumline. Roberts was responsible for training the actors, writing the precision drills, rehearsing the musicians, and more, and the movie received national and international acclaim, nominated by the NAACP as “Most Outstanding Motion Picture” of 2003 and also nominated for an “American Choreography Award” for outstanding achievement in a feature film.

Roberts received a Bachelor of Science Degree in Music Education from Florida Agricultural and Mechanical University in Tallahassee, Florida, and while at FAMU, he served as drum major, student conductor, and student arranger in what is considered to be one of the finest band programs in America. He received a Master's Degree in Music Education from Jacksonville State University in Jacksonville, Alabama, and went on to pursue a Doctorate Degree in Administration from Argosy University in Sarasota, Florida. Among his professional credits, Roberts served as the Musical Director and Executive Band Consultant for the Black College Football Xperience video game, and also choreographed the drills and routines for the popular Nature’s Own Whitewheat Bread commercial that featured numerous marching bands and debuted during the 2005 Super Bowl.

DRUMline Live! will be presented at the University of Dubuque's Heritage Center on January 26, admission to the 7:30 p.m. concert event starts at $24, and more information and tickets are available by calling (563)585-7469 and visiting Dbq.edu/heritagecenter.