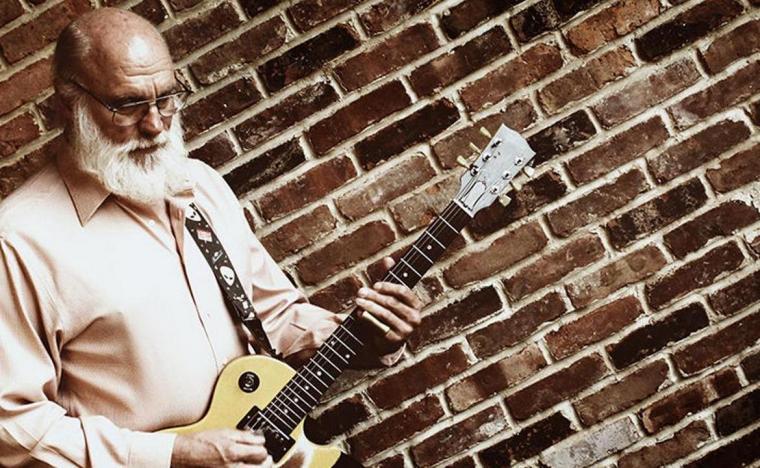 Duke Tumatoe & the Power Trio at the Redstone Room -- October 8.

An early member of REO Speedwagon whose guitar talents were described by the Michigan Daily as “B.B. King played through Jimi Hendrix (with a touch of Andy Gill),” blues guitarist, songwriter, vocalist, and humorist Duke Tumatoe and his ensemble the Power Trio play Davenport's Redstone Room on October 8, sharing the talents that enabled the headliner and Chicago native to open for the legendary likes of Muddy Waters, Buddy Guy, George Thorogood, and John Fogerty.

A self-taught musician who learned to play drums at age 14 and guitar a year later, Duke Tumatoe – born William “Bill" Severen Fiorio – enrolled in college at the University of Illinois at Champaign-Urbana in 1965 and founded a short-lived band called Lothar & the Handpeople. In 1967, while living in Champaign, Tumatoe was an early member of REO Speedwagon alongside Neal Doughty and Alan Gratzer, with the musicians starting out as a soul band inspired by such artists as Otis Redding, Sam & Dave, and The Doors. When Doughty and Gratzer decided to bring a more straightforward, rock-and-roll approach to REO Speedwagon, Tumatoe, who wanted to play blues music, left the group to pursue his own musical endeavors, and went on to originate Duke Tumatoe & the All-Star Frogs. The band toured for 13 years and released three albums, and after the group disbanded in 1983, Tumatoe was looking to form an ensemble closer to his new home in Indianapolis. The consequent ensemble Duke Tumatoe & the Power Trio were an instant hit and performed an average of 200 dates per year, also recording 12 blues albums to date.

With Tumatoe's energetic, frequently lighthearted blues albums including 2001's Pompous & Overrated, 2010's I Just Want to Be Rich, and 2017's How Much Crazy Can You Take, the artist's songs are noted for their humor. As Tumatoe told the River Cities' Reader in 2006, “There are two elements of the blues. There's the general intensity of the music … and an element of humor, some twist in the lyrics. It's like a comedian turning something sad into something funny.” One of his most famous recordings is one of those humorous tunes: “Lord Help Our Colts.” In 1985, Tumatoe was looking for a way to promote the local blues club Uncle Slugs, and it was suggested that he write a song about the city's new NFL team the Indianapolis Colts. The result was the tongue-in-cheek “Lord Help Our Colts,” a catchy, 12-bar blues jingle with a static chorus and verses that could easily be updated to recap each game. As Tumatoe said to Philip B. Wilson, author of 100 Things Colts Fans Should Know & Do Before They Die,“I, of course, wrote the song in a form that I thought if necessary, I could easily update, which turned out to be a real good thing, a smart move.” He has subsequently sung more than 800 versions of the tune over the past 36 years.

Duke Tumatoe & the Power Trio plays the Redstone Room on October 8 with an opening set by the Tanya English Band, admission to the 8 p.m. concert is $10-12, and more information and tickets are available by calling (563)326-1333 and visiting RiverMusicExperience.org.