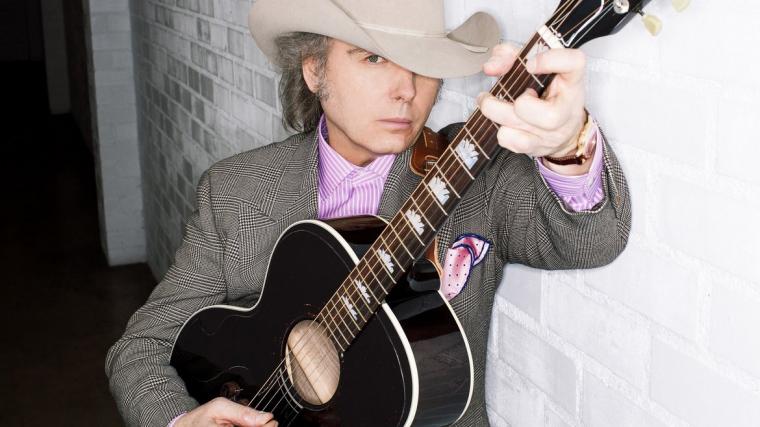 One of country music's most popular and enduring stars makes his long-awaited appearance at the Adler Theatre on September 3 with the Davenport venue's hosting of Dwight Yoakam, the chart-topping, Grammy-winning legends who has sold more than 30 million records and has landed more than 30 singles on Billboard's Hot Country Songs chart.

Born in Pikeville, Kentucky, in 1956, Yoakam was raised in Columbus, Ohio, and during his high-school years, he took part in both the music and drama programs. Outside of school, Yoakam sang and played guitar with local garage bands, and after graduation, he briefly attended Ohio State University before dropping out and moving to Los Angeles in 1977 with the intent of becoming a recording artist. Yoakam's recording debut was the self-financed EP Guitars, Cadillacs, Etc., Etc. on independent label Oak Records, which, with several additional tracks, was re-released by Reprise Records in 1986 as his major-label debut LP. The record hit the market during a sea change in country music, after "urban cowboy" music went out of style, and neotraditional music based on classic styles – such as Yoakam's honky-tonk inspired tunes – became in demand. The Guitars, Cadillacs, Etc., Etc. LP was a breakout smash and spawned Yoakam's first two hit singles: "Honky Tonk Man," a remake of the Johnny Horton song, and the title track "Guitars, Cadillacs." His stylish video "Honky Tonk Man," meanwhile, became the first country-music video ever to air on MTV.

Yoakam's follow-up LP, Hillbilly Deluxe, was just as successful, while his third LP, Buenas Noches from a Lonely Room, boasted the artist's first number-one hit in "Streets of Bakersfield," a duet with his musical idol Buck Owens. 1990's If There Was a Way was another smash, selling more than two million copies and being awarded double platinum status in the U.S., along with producing five top-50 singles. More recently, Yoakam released 3 Pears in 2012, and the album earned the musician the highest-charting debut of his career on the Billboard 200 and Billboard Country Albums charts. 3 Pears went on to break the 2012 record for most weeks at the top of the charts on Americana Radio, and by the end of 2012, the album was named on annual best-of lists by NPR, Rolling Stone, American Songwriter, Entertainment Weekly, and the Village Voice, included on more critics' "best of 2012" lists than any other artist in country music. Among the singer/actor's many career accolades, Yoakam earned Grammy Awards for Best Country Vocal Performance, Male (for 1994's “Ain't That Lonely Yet”) and Best Country Collaboration with Vocals (for 1999's Same Old Train); the 2013 Americana Music Award for Artist of the Year; and 2019 induction in the Nashville Songwriters Hall of Fame.