An Evening with the Ernie Peniston Band, June 21 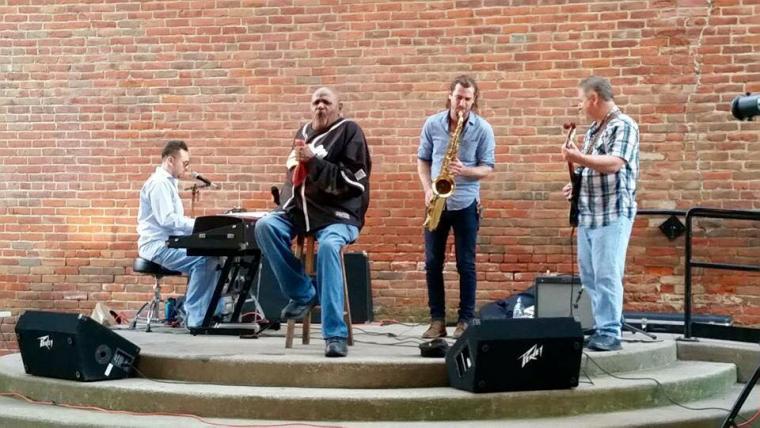 An Evening with the Ernie Peniston Band at the Redstone Room -- June 21.

A 2003 inductee in the Iowa Blues Hall of Fame, acclaimed blues vocalist and Quad Cities native Ernie Peniston reunites his Ernie Peniston Band for a special Redstone Room concert on June 21, an evening that finds the artist sharing the soulful talents that led Blues Blast Magazine to state, “Peniston is a singer with a magnificent voice, capable of handing a wide range of styles with aplomb and always with full-bore emotional commitment.”

Born in Muscatine, Peniston first began to develop his singing voice in state contests through the area school system, and his first professional band Free Choice was formed in 1971 and lasted for three years. Afterward, Peniston sang in a 10-piece horn band called Approaching Storm that toured the south and Midwest for four years, and the artist eventually relocated to Minneapolis, when he became entrenched in the city's vibrant blues- and soul-music scenes. (It was in Minneapolis that the musician met star-in-the-making Morris Day, who played drums in Peniston’s band Enterprise before touring alongside Prince with The Time.) Peniston also spent four years as the frontman with Blind Pig recording artists Chicago Rhythm & Blues Kings, and formed The Ernie Peniston Band in the late '80s after moving back to the Quad Cities area. He consequently alternated between performing as a soloist and as his band's frontman until the musician's retirement in 2010, with his career highlights including shared stages with the likes of Koko Taylor, Lonnie Brooks, James Brown, and Albert Collins.

However, a random meeting in 2013 between Peniston and his band's former guitarist Joe Collins, along with a number of cross-country phone calls, pulled friends and musicians together to re-form the Ernie Peniston Band. Their reunion led to a string of engagements including an appearance at the opening night of the 30th Mississippi Valley Blues Festival (Ernie played the inaugural MVBS fest in 1985), plus the release of 2014's Live at the Muddy Waters, which Blues Blast deemed “a very impressive and enjoyable release if you like your blues mixed with some red-hot funk.” Peniston is currently performing with guitarist Collins, bassist Darren Butler, keyboard player Manual Lopez III, and drummer Rick Penhallegon – what the band's Facebook page calls “a reiteration of an early-'90s lineup of reacquainted consorts from all over.”

The Ernie Peniston Band takes the Redstone Room stage at 8 p.m. on June 21, tickets are $10-12, and more information and reservations are available by calling (563)326-1333 or visiting RiverMusicExperience.org.