“An Evening with Renée Elise Goldsberry,” May 15 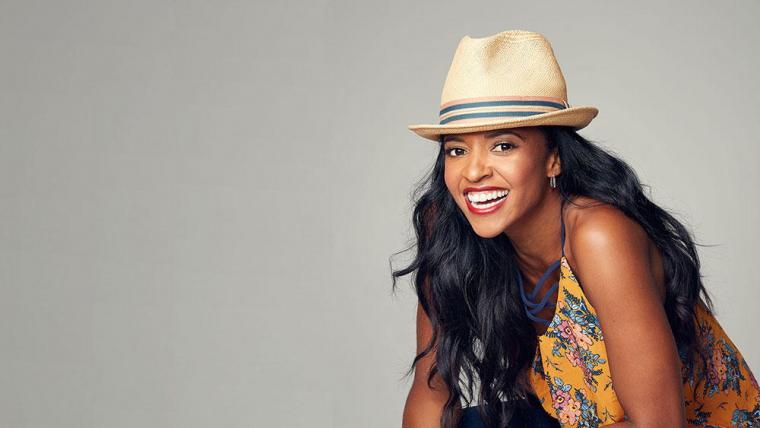 The Quad City Symphony Orchestra presents “An Evening with Renée Elise Goldsberry" at LeClaire Park -- May 15.

One of the most acclaimed and electrifying stars of stage and screen will be showcased in a special, live Quad City Symphony Orchestra event on May 15, with Davenport's LeClaire Park serving as the locale for An Evening with Renée Elise Goldsberry, a night of unforgettable Broadway, pop, and soul favorites with the Tony and Grammy Award winning sensation from Lin-Manuel Miranda's Hamilton.

Born in San Jose, California and raised in both Houston, Texas and Detroit, Michigan, Goldsberry was introduced to theatre in summer camp when she was eight years old. She attended Carnegie Mellon University, where she graduated with a Bachelor of Fine Arts in theatre in 1993, and subsequently attended graduate school at the University of Southern California's Thornton School of Music, where she received a 1997 Master of Music in jazz studies. Between 1997 and 2002, Goldsberry had a recurring role on the Emmy-winning legal comedy-drama Ally McBeal as one of the back-up singers who frequently accompanied Vonda Shepard's performances. She appeared in a total of 43 episodes, and also carried the role over into a three-episode guest appearance on the spin-off series Ally. Goldsberry then portrayed attorney Evangeline Williamson on the ABC soap opera One Life to Live from 2003 until 2007, and was nominated for a Daytime Emmy Award for Outstanding Supporting Actress in a Drama Series for her final two seasons on the show.

In her most notable stage performance to date, Goldsberry originated the role of Angelica Schuyler in Hamilton, winning a 2015 Drama Desk Award, the Lucille Lortel Award for Outstanding Featured Actress in a Musical, and the 2016 Tony Award for Best Featured Actress in a Musical. In addition, as a member of the principal cast, she also received a Grammy Award after the original-cast album won Best Musical Theater Album at the 2016 Grammy Awards. Prior to Hamilton, Goldsberry's appearances on stage included her Broadway debut in The Lion King, an Outer Critics Circle Award-nominated performance opposite Frances McDormand in Good People, and the original stage version of The Color Purple. She was also the last performer to take on the role of Mimi in the Broadway sensation Rent. Her television appearances, meanwhile, include her recurring roles on The Good Wife, Law & Order: SVU, and The Following, and for film, Goldsberry appeared in Sisters with Tina Fey and Amy Poehler, Every Secret Thing with Diane Lane and Elizabeth Banks, and Waves opposite Sterling K. Brown and Kelvin Harrison Jr.

The Quad City Symphony Orchestra event An Evening with Renée Elise Goldsberry will begin at 7:30 p.m. on May 15, and will find the artist performing from Hamilton, Rent, and The Lion King, in addition to delivering renditions of songs by Aretha Franklin, Ella Fitzgerald, Bob Dylan, and more. Admission to the socially distanced concert in LeClaire Park are $26-93, and more information and reservations are available by calling (563)322-7276 or visiting QCSO.org.