An Evening with Wishbone Ash, April 16 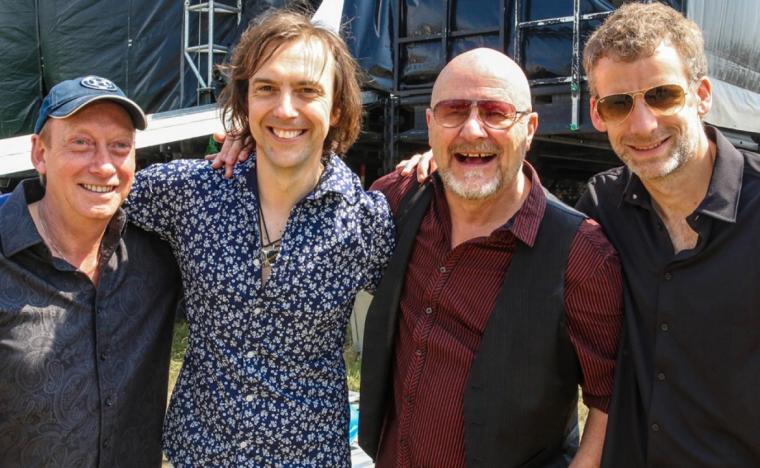 An Evening with Wishbone Ash at the Redstone Room -- April 16.

Composed of bass player Bob Skeat, guitarist Mark Abrahams, drummer Joe Crabtree, and guitarist Andy Powell, the latter of whom began recording with the group nearly 50 years ago, a legendary rock outfit plays Davenport's Redstone Room on April 16 in An Evening with Wishbone Ash, with the ensemble so gifted and venerated that its past openers at concert events have included the likes of Bruce Springsteen, Aerosmith, and KISS.

A British rock band that achieved staggering success in the early and mid-1970s, Wishbone Ash's most popular albums include its 1970 self-titled debut, 1971's Pilgrimage, 1972's Argus, 1973's Wishbone Four, 1974's There's the Rub, and 1976's New England. Wishbone Ash was from the start noted for its extensive use of the harmony twin lead guitar format that had been attracting electric-blues bands since the mid-1960s. The band's contributions to this style helped Powell and former bandmate Ted Turner to be voted two of the “10 Most Important Guitarists in Rock History” by Traffic magazine in 1989, as well as appear in Rolling Stone's ranking of the “Top 20 Guitarists of All Time.” In 1972, Melody Maker magazine also described Powell and Turner as “the most interesting two-guitar team since the days when (Jeff) Beck and (Jimmy) Page graced The Yardbirds,” and Wishbone Ash has been cited as an influence on Iron Maiden founder and bassist Steve Harris, as well as Thin Lizzy and other dual-guitar bands.

Formed in Torquay, Devon, in 1969 out of the ashes of rock trio The Empty Vessels, the original Wishbone Ash line-up was founded by bass guitarist Martin Turner and drummer Steve Upton, with Powell and Ted Turner coming aboard prior to the outfit's first professional breakout, performing an opening set for Deep Purple in 1970. By 1973, the group was a concert and festival headliner in England, with Argus a number-three smash on Billboard's UK Albums Chart. And over the years since, Wishbone Ash has amassed a remarkable discography, boasting 20 singles, 12 live albums, 10 compilation albums, and 24 studio albums, the most recent being 2014's Blue Horizon. According to SputnikMusic.com, “The album is a glorious show of a band in the most comfortable place of its career,” while Vintage Rock raved that Blue Horizon “burns with the kind of vibrant potency and musicality that explains why Wishbone Ash is still a viable vintage rock band.”