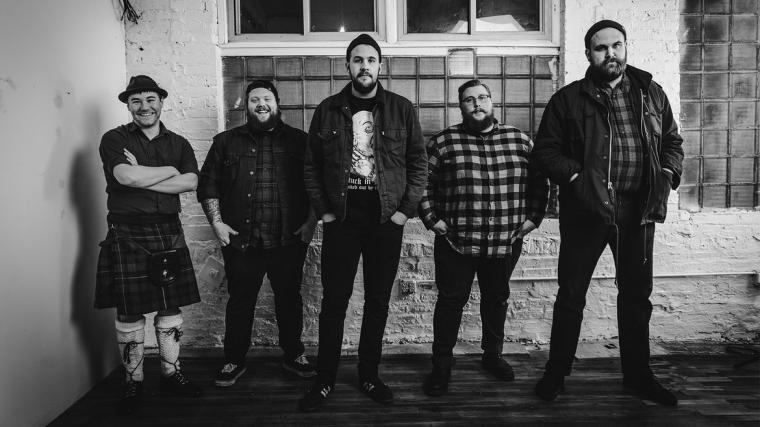 Flatfoot 56 at the Redstone Room -- December 7.

Performing in support of their most recent album Odd Boat, a release that Sound Renaissance called “a gem of our time” for its “infusion of melodic punk and anthemic rock n’ roll,” the Chicago-based musicians of Flatfoot 56 return to the Redstone Room on December 7, their last engagement sure to fill the Davenport venue with what IndieVisionMusic.com called “their rambunctious style that their fans have come to love.”

Playing a positive-natured brand of hardcore-tinged Celtic punk, Flatfoot 56 has been touring its singular brand of Christian rock for nearly two decades. Formed in 2000 by brothers and Windy City natives Tobin, Justin, and Kyle Bawinkel, the band recorded its first demo in the summer of 2002 and followed it later that year with the Flatfoot 56 debut Rumble of 56, a work crafted in the Rockford, Illinois studio The Noise Chamber. The musicians' second album, 2003's Waves of War, found its song “That's OK” enjoying heavy radio play on stations across the Midwest, and its success led to the band's 2004 performance at Bushnell, Illinois' Cornerstone Festival, a Christian-music gathering at which Flatfoot 56 released its third album Knuckles Up. It went on to become the ensemble's best-selling record, and 2007's Jungle of the Midwest Sea solidified the group's reputation as an enticingly original recording and touring act.

Landing the band on nine separate Billboard charts, 2010's Black Thorn found Flatfoot 56's musicians reaching a new level of national awareness, and proving that they could consistently reach an expanding audience while treading in a genre not often associated with widespread success. The group's fame was advanced further with its songs being heard on the Golden Globe-winning TV series Sons of Anarchy and the video game Watchdogs, and in 2012 Flatfoot 56 released its sixth album Toil, a work that earned the band newfound praise both for its unique sound and its assuredness. According to Absolute Punk, “It’s not every day you come across a Christian group that’s unabashedly liberal politically. On Toil, it’s much less a gimmick and much more a reflection of the band’s genuity – their working-class roots and the ability they have to combine faith, culture, and song to stand up for them.”

Flatfoot 56 plays the Redstone Room on December 7 with an opening set by Jenny Lynn Stacy & the Dirty Roosters, admission to the 8:30 p.m. concert is $12-15, and more information and tickets are available by calling (563)326-1333 or visiting RiverMusicExperience.org.