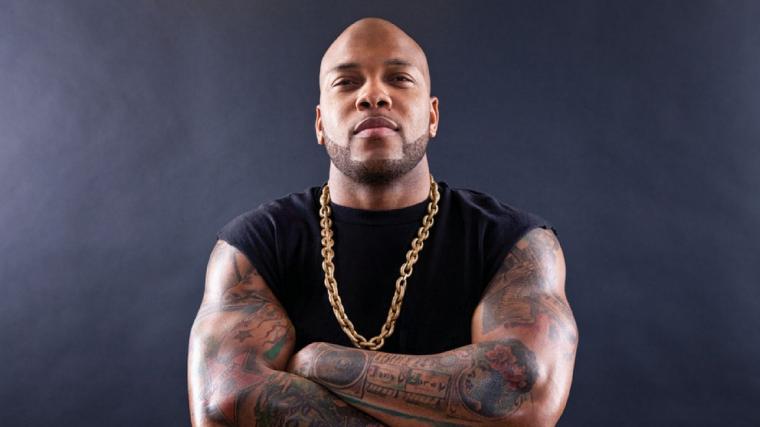 Growing up in Florida, the state from which his stage name was derived, Flo Rida was involved in a hip-hop group in his teenage years, and his solo demo recording led to the artist signing with Poe Boy Entertainment in 2006. His debut single "Low" featuring T-Pain, released in 2007, reached number one in many countries – among them Australia, Canada, Ireland, New Zealand and the United States -- and was featured on the track listing of the soundtrack to Step Up 2: The Streets. The single stayed atop the Billboard Hot 100 for 10 weeks, going on to be certified five-times platinum, and the song was included on his debut album Mail on Sunday, which peaked at number four on the Billboard 200 following its 2008 release. Subsequent singles "Elevator" featuring Timbaland and "In the Ayer" featuring will.i.am both peaked within the top 20 in the five aforementioned countries, and in the same year, a collaboration with Jessica Mauboy on "Running Back" reached number three in Australia, where it was double-platinum certified.

In 2009, Flo Rida released his second studio album R.O.O.T.S., whose lead single "Right Round" topped the national charts of Canada, Germany, Ireland, and the United Kingdom, in addition to the American one, where it remained for six consecutive weeks. The single, which features Kesha, was eventually certified quadruple-platinum in the U.S. and triple-platinum in Australia and Canada, with four additional singles released from the album: "Shone," "Jump" featuring Nelly Furtado, "Sugar" featuring Wynter, and "Be on You" featuring Ne-Yo, the latter two peaking in the top 20 of the Billboard Hot 100. R.O.O.T.S. Itself peaked at number eight in the U.S. and number five in the U.K., and in 2009, Flo Rida appeared on The X Factor winner Alexandra Burke's "Bad Boys," a number-one single in both Ireland and the U.K.. The following year, a featured appearance on The Saturdays' "Higher" reached number 10 in the U.K.

Flo Rida's next two studio albums were announced in 2010 as a two-part oeuvre. Only One Flo (Part 1), which was released in November to showcase melodic talent, contains the David Guetta-assisted "Club Can't Handle Me," a number-one single in Ireland and the U.K., and the album's second single "Turn Around (5, 4, 3, 2, 1)" was a top-40 hit in Australia and New Zealand. Flo Rida's Follow-up album Wild Ones was released in July of 2012 and stands as the artist's most successful studio album, with its string of global top-five hits including "Good Feeling," "Wild Ones," "Whistle," and "I Cry." In 2015, Flo Rida's 2014 single "G.D.F.R." peaked at number eight on the Billboard Hot 100 and was later certified triple platinum, while the following year, his single "My House" peaked at number four on the Hot 100, making it Flo Rida's 11th top-10 smash.

Flo Rida plays the Rhythm City Casino Resort Event Center on October 3, admission to the 8 p.m. concert is $59-99, and more information and tickets are available by calling (844)852-4386 and visiting RhythmCityCasino.com. mn2s.com/booking-agency/live-roster/flo-rida/.