Virtual Performance – Gaelic Storm: “One for the Road,” March 17 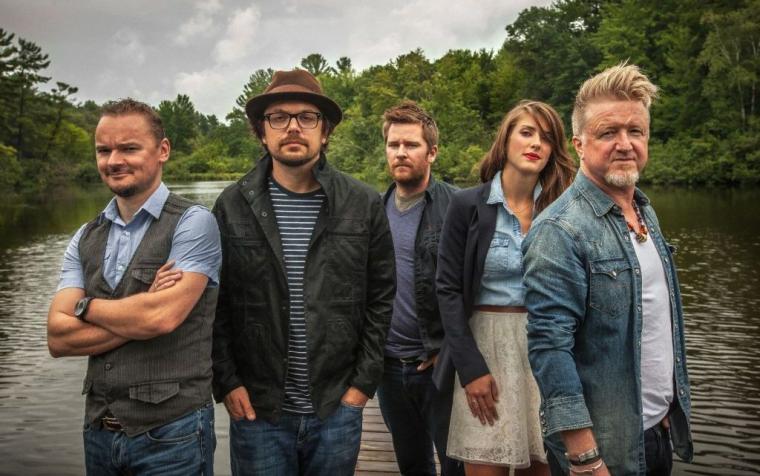 The Englert Theatre presents Gaelic Storm's "One for the Road" -- March 17.

In a virtual concert perfectly timed to coincide with St. Patrick's Day, the Celtic rockers of Gaelic Storm will bring the party to the people in the March 17 live-stream event One for the Road, an Englert Theatre presentation and holiday celebration with the vocalists and multi-instrumentalists hailed by the Examiner for their “high energy” and “exceptional musical performance.”

Based in California, Gaelic Storm had its beginnings in 1996, when co-founders Patrick Murphy and Steve Wehmeyer joined with Steve Twigger and Uillean piper Brian Walsh to perform at O'Brien's Irish Pub & Restaurant in Santa Monica, where Murphy was the manager. This led to a number of area pub performances over the next years, and in 1997, Gaelic Storm appeared in Titanic as the doomed ship's steerage band, performing such numbers as the “Blarney Pilgrim” jig and “John Ryan's Polka.” With those songs included on the second Titanic soundtrack album and James Cameron's movie becoming (at the time) the high-grossing film in history, Gaelic Storm was catapulted into the touring scene, and also released a self-titled debut in 1998 that SputnikMusic.com called a “stunning album which does not have a single weak point in it.”

Performing an energetic mix of traditional Irish and Scottish fare, rock hits and ballads, drinking songs, and playful original material, Gaelic Storm has consequently released a dozen additional albums, with 2004's How Are We Getting Home debuting at number three on Billboard's World Music charts, 2006's Bring Yer Wellies debuting at number two, and every release since – including the band's most recent recording, 2017's Go Climb a Tree – making it all the way to Billboard's top position. With musicians and vocalists Steve Twigger, Ryan Lacey, Peter Purvis, and Katie Grennan currently performing alongside co-founder Murphy, the ensemble has opened for the likes of Lyle Lovett, Emmylou Harris, the Zac Brown Band, and the Goo Goo Dolls, and IrishCentral.com raved of the group, “Gaelic Storm blends indie folk and world grooves with Celtic tradition to serve up a ringside seat for 15 rounds of pugilistic, poultry-pounding sounds.”

Gaelic Storm's live-streamed One for the Road concert begins at 7 p.m. on March 17 and is available for 30-day rebroadcast with $20 virtual admission. For more information, call (319)688-2653 or visit Englert.org.