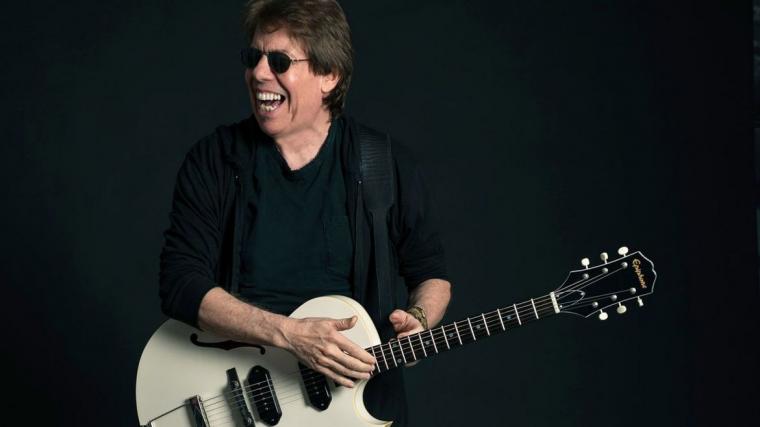 Renowned for such Billboard smashes as Ride 'Til I Die, The Hard Stuff, 2120 South Michigan Ave., and 2011's chart-topping The Dirty Dozen, blues-rock icons George Thorogood & the Destoyers play Davenport's Rhythm City Casino Resort Event Center on September 5, thrilling fans with a repertoire that ranges from originals such as “Bad to the Bone” to covers of “Move It on Over” and “Who Do You Love?”

A 71-year-old native of Wilmington, Delaware, Thorogood began his career as a solo acoustic performer after being inspired, in 1970, by a John P. Hammond concert. In 1973, he and high-school friend and drummer Jeff Simon formed a band, the Delaware Destroyers,whose sound was developed as a mixture of Chicago blues and rock and roll. The band's first shows were in the Rathskeller bar at the University of Delaware and at Deer Park Tavern – both in Newark, Delaware – and eventually, the group's name was shortened to the Destroyers. While Thorogood's demo Better Than the Rest was recorded in 1974, it wasn't released until 1979, and the artist's major recording debut actually came with the album George Thorogood & the Destroyers, which was released in 1977. In 1978, the blues-rock ensemble released Move It on Over, which included a remake of the titular Hank Williams song, and the band followed those recordings with "Please Set a Date" and a reworking of the Bo Diddley song "Who Do You Love?" in 1979. The Destroyers' early success also contributed to the rise of folk label Rounder Records.

Thorogood gained his first mainstream exposure as a support act for the Rolling Stones during their 1981 U.S. tour, and was also the featured musical guest on the October 2, 1982, broadcast of Saturday Night Live. During this time, George Thorogood & the Destroyers became known for their rigorous touring schedule, including the "50/50" tour in 1981 on which the band toured all 50 U.S. states in 50 days. With his contract with Rounder Records expiring, Thorogood signed with EMI America Records and, in 1982, released the single "Bad to the Bone" and an album of the same title that went gold; the song became the band's most well-known composition through its appearances on MTV and use in films, television, and commercials. Thorogood and his band went on to have two more gold studio albums in the 1980s: Born to Be Bad and Maverick, the latter of which features Thorogood's Billboard Hot 100 hit "Willie and the Hand Jive" and the group's concert staple "I Drink Alone". Since then, additional accomplishments for the artist include a number-two Billboard hit with "Get a Haircut," a first solo album in 2017's Party of One, and 2012 acknowledgment as one of the "50 Most Influential Delawareans of the Past 50 Years."

George Thorogood & the Destroyers play the Rhythm City Casino Resort Event Center on September 5, admission to the 8 p.m. concert is $28-61 and more information and tickets are available by calling (563)328-8000 and visiting RhythmCityCasino.com.