“Good Enough for B.B., Good Enough for Me”: Joe Bonamassa Talks Midwest Audiences, the Adler, and the Benefits of Playing with Musicians Above One's Skill Level 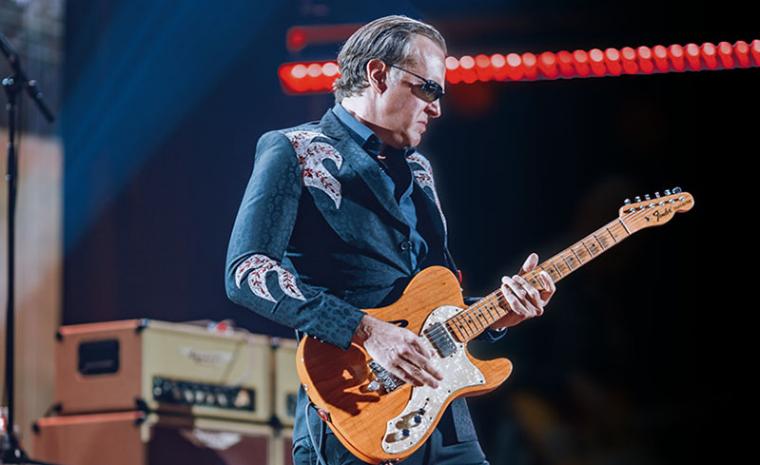 Joe Bonamassa is the biggest name in blues-rock today. The former child guitar prodigy has risen to stardom with virtually zero major-label support, instead forming J&R Ventures with manger Roy Weisman and producer/A&R man Kevin Shirley to bypass the fickle, meddling, trend-and-profit driven nature of the record companies and bring Bonamassa's music directly to the people.

The result, for Quad Citizens, is the return of a world-renowned guitarist and showman who treats his tour stops as something to be enjoyed rather than endured. With its pocket of dedicated blues lovers, the Quad Cities has consistently proved to be an ideal audience for Joe Bonamassa's meticulously executed concerts, and the unpretentious nature of his local fan base resonates with the guitar ace.

In a recent interview, which can be streamed below, Bonamassa elaborated: “I'm from upstate New York … . I come from a very rural, small town [the QC] reminds me of where I grew up. I can relate to the people … we've always had a great audience there. It's always a fun time, it's a very rowdy crowd.”

There is another benefit as well: As a major stickler when it comes to sound, Bonamassa prefers to avoid sports arenas and cavernous, echoing convention halls. As J&R Ventures hires all the venues themselves, Bonamassa prefers to rent smaller, older theatres and concert halls – spaces designed with acoustics in mind. Davenport's venerable Adler Theatre, where he'll be stopping on November 9, is not only an ideal Bonamassa concert site, but one with some personal history as well.

While the name Joe Bonamassa is enough to draw a major crowd, he makes a point of organizing topnotch backing bands for every outing. His upcoming fall U.S. tour features what he describes as a “cast of all-stars and legends” – Reese Wynans (best known for his time with Stevie Ray Vaughan and Double Trouble) on keys, Calvin Turner (ex-Jonny Lang) on bass, drummer Lamar Carter (“He's worked with everyone from Larry Carlton to Demi Lovato”), Josh Smith on guitar, and backing vocalists Jade MacRae and Danni D'Andrea, who have worked with Liam Gallagher and Prince, respectively.

“I'm the weak link,” he laughs. “One of the tricks is, you want to surround yourself with people that are better musicians than you, because you have no other way to go but up … . We've done that strategy for the last 17 years, and it made me a better player.”

As a collector of rare and vintage guitars, amplifiers, and effects (his estimation is about 500 guitars alone), Bonamassa also has the rare privilege of being able to surround himself with the best possible tools for his trade. But despite the array of rare Gibsons and Fenders, Bonamassa adamantly denies the gear making the player.

“The sound is in the the person. The gear, as iconic as it is, it only exacerbates your flaws and accentuates your strengths. You gotta still play it. It's not gonna make the music for you, you just gotta play through it all.”

Tickets for Joe Bonamassa's November 9 concert at the Adler can be purchased online at AdlerTheatre.com, at the Adler Theatre box office (136 East Third Street, Davenport, IA), or by calling (800)745-3000. Tickets range in price from $42-$202. Listen to the full interview with Joe Bonamassa here

and check out the River Cities' Reader podcasts or tune in to The Blacklight Blues Show from 5 to 9 p.m. on Sunday nights on 107.7 FM WQUD Vintage Radio to hear excerpts.
blues
Adler Theatre
Joe Bonamassa
Music Feature Stories