Have Your Cake, October 1 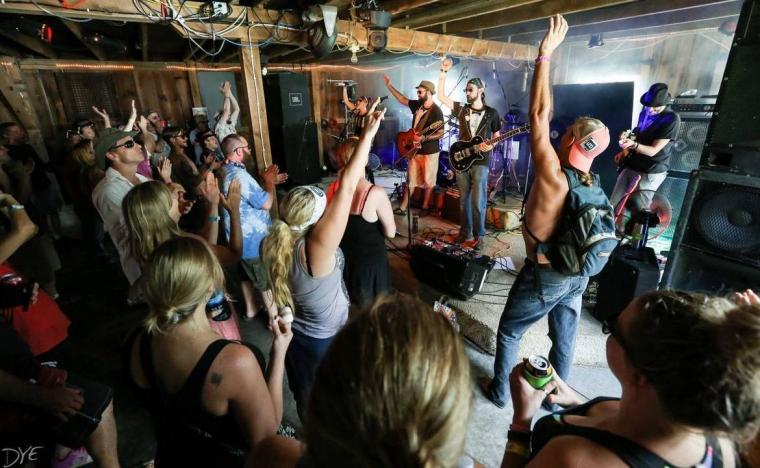 Have Your Cake at the Tangled Wood -- October 1.

Now celebrating their tenth year of genre-hopping performance, the tribute musicians of Have Your Cake serve as the showcased musical guests at The Tangled Wood on October 1, their return to the Bettendorf venue boasting hits from the Cake repertoire that includes such albums as Comfort Eagle, Pressure Chief, and the Billboard chart-topper Showroom of Compassion.

Presently composed of singer John McCrea, trumpeter Vince DiFiore, guitarist Xan McCurdy, bassist Daniel McCallum, and drummer Todd Roper, Cake cites musical influences that include country music, mariachi, rock, funk, Iranian folk music, and hip hop. Cake was formed in 1991 by McCrea, DiFiore, Greg Brown (guitar), Frank French (drums), and Shon Meckfessel (bass), the latter of whom was replaced by Gabe Nelson. Following the self-release of its debut album Motorcade of Generosity, the band was signed to Capricorn Records in 1995 and released its first single "Rock 'n' Roll Lifestyle," which hit number 35 on Billboard's Modern Rock Tracks music chart and was featured on MTV's 120 Minutes. After French and Nelson left the band and were replaced by Todd Roper and Victor Damiani. Cake's second album, 1996's Fashion Nugget, went platinum largely on the strength of its lead single "The Distance.” Following a tour of Europe and the United States, both Brown and Damiani announced they were leaving Cake, and McCrea eventually recruited Xan McCurdy to take over on guitar and persuaded Nelson to return.

Prolonging the Magic, the band's third album, was released in 1998 and went platinum. This was followed three years later by Comfort Eagle, Cake's first album on Columbia Records, whose single "Short Skirt/Long Jacket" hit number seven on the Modern Rock Tracks chart. Following a series of tours, including several versions of the Unlimited Sunshine Tour, the band released Pressure Chief in 2004, its second and last album on Columbia. After creating its own label in Upbeat Records, Cake released Showroom of Compassion in 2011, which became the ensemble's first album to debut at the top of the Billboard charts, selling 44,000 copies in the first week after release. Since then, the band has released a vinyl box set consisting of their six studio albums, their rarities album, and the previously unreleased Live from the Crystal Palace for Record Store Day 2014. In August of 2018, Cake also released the single "Sinking Ship," announcing that money raised by single sales would go toward Doctors Without Borders, and in January of last year, the musicians released a demo for a new song titled "Hold You (Responsible)" on Instagram and Twitter.

Have Your Cake plays its Bettendorf engagement on October 1, the concert begins at 7 p.m., and more information is available by calling (563)949-1000 and visiting TheTangledWood.com.