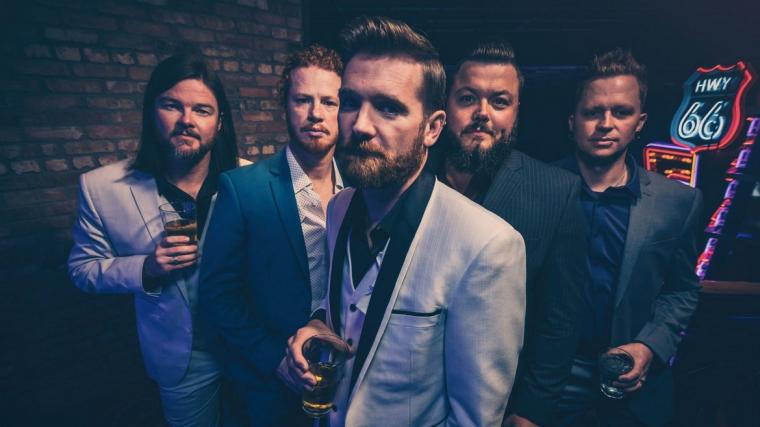 Hinder at the Rust Belt -- October 3.

Chart-topping alternative rockers now beginning their third decade of professional performance, the musicians of Hinder headline an October 3 concert at East Moline Venue The Rust Belt, treating fans to a repertoire that boasts such top-10 Billboard hits as “Lips of an Angel,” “Get Stoned,” “How Long,” and “Use Me.”

Formed in Oklahoma City, Oklahoma, Hinder was originated in 2001 by lead singer Austin Winkler, guitarist Joe "Blower" Garvey, and drummer Cody Hanson, with bassist Mike Roden and guitarist Mark King solidifying the lineup in 2003. The band released four studio albums with Winkler: 2005's Extreme Behavior (which peaked at number six on the Billboard 200 chart); 2008's Take It to the Limit (number three on Billboard's U.S. Rock chart), 2010's All American Nightmare (which topped Billboard's U.S. Alternative chart) and 2012's Welcome to the Freakshow (also a top-10 hit on the Alternative chart). Cody Hanson, along with former lead singer Austin Winkler, wrote the majority of the band's music on their first four albums and in 2007, Hinder was inducted into the Oklahoma Music Hall of Fame. After Winkler left the band in 2013, Marshal Dutton was added to the Hinder ensemble, and the group has since released 2015's When the Smoke Clears and 2017's The Reign with Dutton as lead vocalist.

In addition to the band's six studio albums, Hinder has recorded and released two EPs, 29 singles, one promotional single, and 15 music videos. The group's most successful song to date, "Lips of an Angel," was released in 2006 and reached the top five of multiple national record charts, including topping the Australian and New Zealand singles charts. Five of the band's singles have reached the top 10 of the Billboard Mainstream Rock airplay chart, having reached the tier most recently with "All American Nightmare" in 2010. Last month, Hinder's cover of the Prince song "Pussy Control" was uploaded to YouTube in advance of a forthcoming seventh album, and band members have stated their musical influences as a wide range of artists, including: Bush, Collective Soul, Creed, Foo Fighters, Guns N' Roses, Kiss, Nickelback, Nirvana, Soundgarden, the Rolling Stones, Led Zeppelin, Aerosmith, Rainbow, Bob Seger, Ozzy Osbourne, Def Leppard, Bon Jovi, AC/DC, and Mötley Crüe.

Hinder plays their East Moline engagement on October 3 with an opening set by Skarlett Roxx, admission to the 8 p.m. concert is $20-75-25.75, and more information and tickets are available by visiting TheRustBeltQC.com.