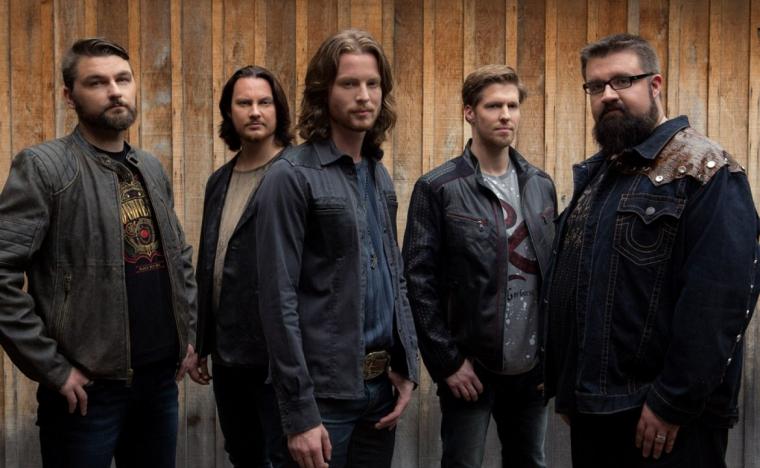 Home Free's “A Country Christmas" at the Adler Theatre -- December 13.

With Country Standard Time calling the group “one of the most talented and unique acts in modern country music,” the a cappella quintet Home Free brings its seasonal A Country Christmas tour to Davenport's Adler Theatre on December 13, performing holiday classics and modern compositions with the vocal fire and stage presence that led to the singers winning the fourth season of NBC's competition series The Sing Off.

Originally formed in 2000 by Chris Rupp with some of its vocalists still in their teens, Home Free began as a side gig for Rupp and his brother Adam until the release of the group's 2007 album debut From the Top, whose success enabled the group of pursue music full-time. With its song list including a cappella covers of “Bridge Over Troubled Water,” “Ain't No Mountain High Enough,” and a number songs from Disney's animated catalogue, that recording was followed by 2009's Kickin' It Old School and the 2010 seasonal releases Christmas Volumes I and II. These, in turn, led to Home Free's 2013 appearances on The Sing-Off, where the vocalists' arrangement of Hunter Hayes' “I Want Crazy” – their final song in the competition – earned the group $100,000, a recording contract with Sony, and international recognition and acclaim.

After Chris Rupp left the group to pursue a solo career in 2016, Home Free began touring with its current lineup of Adam Rupp, Austin Brown, Rob Lindquist, Tim Foust, and Adam Chance. In terms of musical roles, Home Free is structured like a traditional barbershop quartet, with Brown serving as lead tenor and primary soloist, tenor harmony sung by Rob Lundquist, baritone harmony sung by Chance, bass sung by Foust, and beatboxer Rupp providing percussion sounds. And since its Sing-Off Victory, all five of Home Free's albums – from 2014's Crazy Life to last year's Timeless – have made the top 12 of Billboard's U.S. Country charts, with their videos amassing more than 225 million view on YouTube and their concert stops entertaining more than 350,000 fans worldwide.