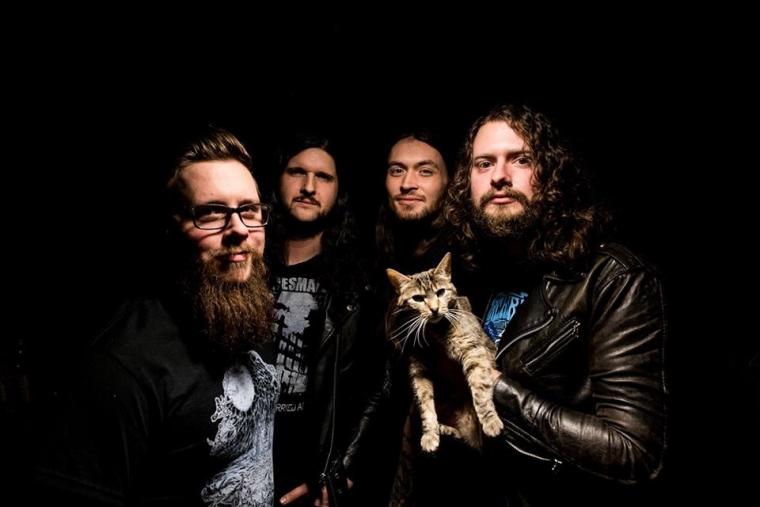 If you have any energy left after the Halloween weekend, head over to the Rock Island Brewing Company for an early show on Sunday night. Wake Brewing and LoPiez Pizza are sponsoring the show, which will paint the brick walls of RIBCO with three distinct shades of heavy.

Ripple Music's Horseburner is swinging thru RIBCO on a month-long American tour. Their Appalachian-rockslide rumble is less groove-based than fellow West-by-god natives Karma to Burn. It's more like a mineshaft collapsing in slow-motion while the miners sing hymns in the dark. Their new record finds the band embracing more melodic vocals and intricate guitar-work, not unlike recent Mastodon or Baroness. Fans of doom metal and metalheads of all stripes will enjoy.

Western Iowa's Druids have dropped a new release since their last appearance at RIBCO back in February. Monument finds the trio expanding their sound. The group's core sound is the same — fast, frenetic sludge metal with psychedelic guitar work, comparable to a cleaner High on Fire. Their guttural vocals are now tempered with clean singing, while their guitar passages have adopted a shimmering, melodic sheen which was only hinted at before. Like Horseburner, the band has embraced melody, and it has enriched their sound without sacrificing an ounce of heaviness.

Opening the show are local chameleons Giallows. After a couple of shows as a vocal-and-keyboard goth duo, the band will once again present themselves in their loud, string-driven glory. Catchy, fuzz-drenched heavy-rock riffs carry smooth, Beatley vocal melodies; those melodies convey strange, obsessive, almost abstract lyrics with an uncanny seductive power. Halloween may be past, but it's always Halloween for Giallows. Their aesthetic, inspired by gory vintage Italian horror films, seeps out in subtle ways that must be witnessed live.