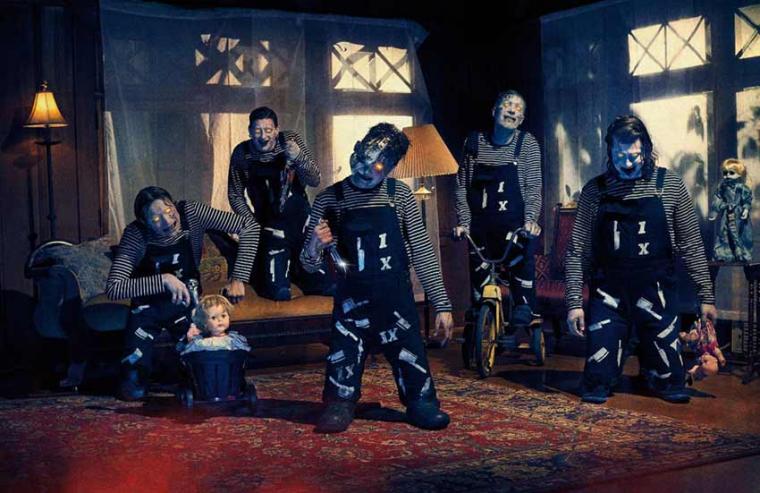 With their repertoire boasting seven studio albums, three EPs, seven singles, and 20 music videos, the heavy-metal rockers of Ice Nine Kills play East Moline venue The Rust Belt on November 21, the musicians touring in support of their October release The Silver Scream 2: Welcome to Horrorwood that debuted in the top 20 of the Billboard 200.

With their band name derived from the fictional substance ice-nine from Kurt Vonnegut's novel Cat's Cradle, Ice Nine Kills was founded in Boston in 2000 under the name "Ice Nine" by high school friends Spencer Charnas (who continues to perform with the band) and Jeremy Schwartz. Their debut independent album Last Chance to Make Amends was released in 2006 (although the group did record the demo "The Pop-Punk-Ska Years,” which would eventually be released in 2009, in 2002), and Ice Nine Kills released their EP The Burning through Red Blue Records in November of 2007. The band then set out on several national tours in support of the EP, including opening slots on tours with I See Stars and Eyes Set to Kill, and by 2008, the group had been invited to open for well-known acts such as A Day to Remember, As I Lay Dying, Thursday, Paramore, and a one-off performance on the Taste of Chaos 2009 tour. That same year, Ice Nine Kills also released two acoustic tracks ("The Simple Act of Giving Up" and "Lifetime in a Week") on the EP 2 Song Acoustic.

In mid 2009, Schwartz decided to leave the outfit, and Charnas recruited former members of the Rochester, New York-based post-hardcore band Remember Tomorrow, which had recently disbanded. This shifted Ice Nine Kills' sound into more of an experimental metalcore sound to which Ferret Music took notice, signing the group in the spring of 2009. Since then, and with Ice Nine Kills' albums including 2010's Safe Is Just a Shadow and 2015's Every Trick in the Book, Loudwire has hailed the group as “one of the most unique acts in metal right now,” a declaration supported by the band’s Billboard Hard Rock Albums chart-topper The Silver Scream. The musicians' latest album, The Silver Scream 2: Welcome to Horrorwood, retains its predecessor's metalcore sound with added elements of deathcore and emo pop, and as Charnas has stated of its inspirations, “Heavy music and horror are both escapes from our mundane struggles. You could be having the worst day, then you put on a great metal record or horror movie and forget about all of your problems.”

Ice Nine Kills brings their “Hip to Be Scared: Severed Leg 2 Tour” to East Moline on November 21 with additional sets by Bad Omens, Currents, and Fame on Fire, admission is $25-35 for the 6:30 p.m. concert event, and more information and tickets and available by visiting TheRustBeltQC.com.