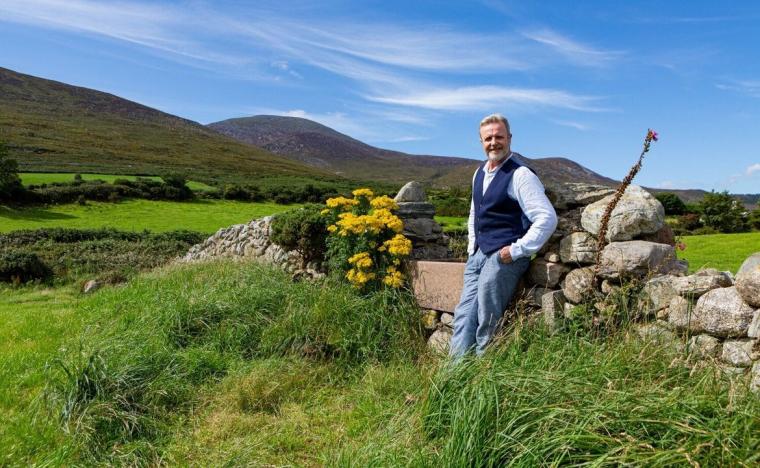 The University of Dubuque presents “Ireland with Michael Londra" -- February 26.

An early St. Patrick's Day bash boasting an acclaimed, Emmy Award-nominated Irish tenor, the University of Dubuque's Heritage Center hosts a virtual performance of Ireland with Michael Londra on February 26, treating audiences to a celebration of Irish culture, heritage, and glorious music from the comfort of their homes.

A wonderful Celtic show filmed at the National Opera House in Wexford, Ireland, the never-before-seen Ireland with Michael Londra concert was taped in front of a live audience of 750 people and finds Londra joined by the Irish Concert Orchestra, two choirs, and musicians from all over Ireland. The virtual concert steps out into the Irish villages and countryside to meet local traditional talent as Londra travels from Dublin to Belfast to the Kennedy Homestead, sharing his own connection to songs and stories of his home county.

Best known as the lead voice of Riverdance on Broadway and for his Emmy Award-nominated PBS special Beyond Celtic, leading tenor Londra is originally from Wexford, which is also the birthplace of the National Opera Festival. The creator and director of the Celtic Internet music station Radiocelt, as well as the lead singer in The Passion of the Christ Symphony, Londra has spent much of the last year in his homeland filming the new public-television series Ireland with Michael, a travel and music program that will debut on PBS in the spring of 2021. Among Londra's many additional accomplishments, he has appeared with Luciano Pavarotti, Andrea Bocelli, and Sarah Brightman on the 2009 release Arias: Ancora; he has performed as a guest singer with the Irish super-groups Frankie Gavin & De Dannan and Teada; and Londra's recording of “Danny Boy,” which has been downloaded by eight million people, was described by The Irish Emigrant in New Wok as “One of the best recordings of 'Danny Boy' in history.”