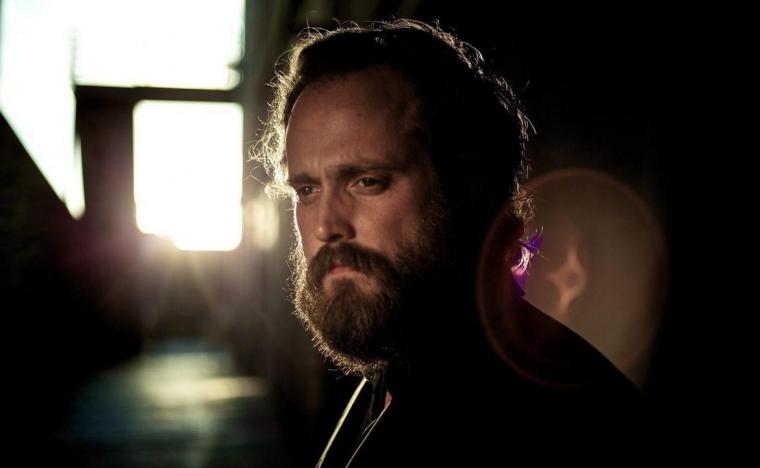 With Pitchfork magazine praising his most recent solo album Beast Epic as one in which its artist “never sounded more in control” and performs “some of the best singing of his career,” lauded folk-rock musician Sam Beam – better known by his professional moniker Iron & Wine – plays Davenport's Raccoon Motel on November 6, the artist's 2017 solo recording extolled by The Quietus as “a long, warm, healing embrace.”

A 47-year-old South Carolina native, Beam released his first Iron & Wine album The Creek Drank the Cradle on the Sub Pop label in 2002. Beam wrote, performed, recorded, and produced the album in his home studio, and featuring acoustic guitars, banjo, and slide guitar, the album's music was immediately compared to that of Nick Drake, Simon & Garfunkel, Elliott Smith, and Neil Young. Beam's second full-length album, 2004's Our Endless Numbered Days, was recorded in a professional studio with a significant increase in fidelity, and while its focus was still on acoustic material, the inclusion of other band members gave rise to a slightly different sound. That same year,Beam recorded the song "The Trapeze Swinger" for the film In Good Company, and had his version of "Such Great Heights" featured on the soundtrack for Zach Braff's Garden State. The third full-length Iron & Wine album, titled The Shepherd's Dog, was released in the fall of 2007 and was eventually voted one of the year's 10 best by Paste magazine. Its contributors included Joey Burns and Paul Niehaus of Calexico, as well as jazz musicians Matt Lux and Bob Burger, and when asked to describe the album to The Independent, Beam remarked that "it's not a political propaganda record, but it's definitely inspired by political confusion, because I was really taken aback when Bush got reelected."

With subsequent solo albums including Ghost on Ghost and Kiss Each other Clean, the latter of which reached number two on the Billboard 200, Beam has released most of his music on iTunes, including several exclusive EPs. The Iron & Wine iTunes Exclusive EP features unreleased studio recordings, including a Stereolab cover and two tracks which had previously only appeared on vinyl, while The Live Session (iTunes Exclusive) features Beam and his sister, Sarah Beam, performing a number of tracks from his albums, as well as a cover of New Order's "Love Vigilantes." A frequent musical collaborator as Iron & Wine, Beam has also teamed with Ben Bridwell for the 2015 album Sing into My Mouth, Jesca Hoop on 2016's Love Letter for Fire, and Calexico on 2019's Years to Burn. He has also been a familiar soundtrack presence for films and TV series, with Iron & Wine songs heard in entertainments including Friday Night Lights, House M.D., Ugly Better, and Twilight, with “Flightless Bird, American Mouth” specifically chosen for the latter's prom scene by star Kristen Stewart.

Iron & Wine plays the Davenport venue at 7:30 p.m. on November 6, the concert features an opening set by Squirrel Flower, and more information and tickets are available by visiting TheRaccoonMotel.com.