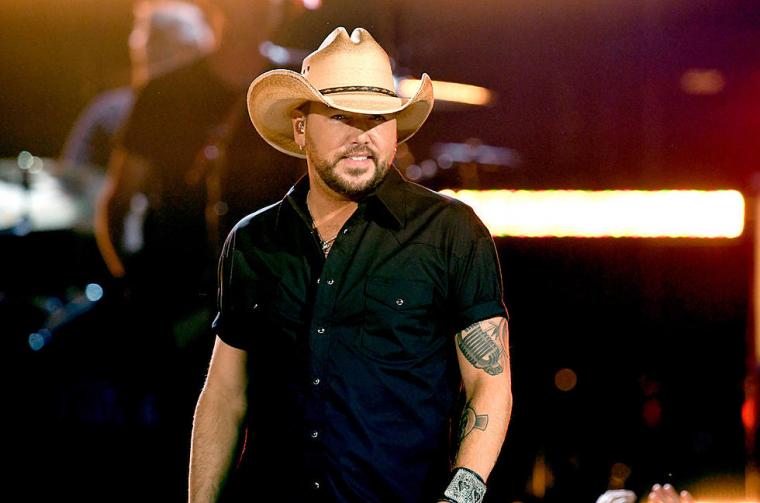 A multi-platinum-selling singer/songwriter with the distinction of having earned six American Country Awards in one year, chart-topping superstar Jason Aldean brings his “We Back Tour” to Moline's TaxSlayer Center on February 13, treating country fans to a thrilling repertoire that boasts nine studio albums – including last fall's 9 – and a remarkable 21 number-one singles to date.

A native of Macon, Georgia, the 42-year-old Aldean began his professional singing career after high-school graduation, writing and recording original songs for an independently produced debut album released in 1998. After moving to Nashville at the age of 21, he endured several years of frustrating false starts before signing a deal with Music City's Broken Bow Records and finally releasing his self-titled studio debut in 2005. Jason Aldean's first single served as the album's lead-off and reached number 10 on the Billboard Hot Country Songs chart, and the artist scored his first number-one hit in “Why,” with the album's “Amarillo Sky” – previously a non-charting single for McBride & the Ride in 2002 – making it to number four. This song earned Aldean an Academy of Country Music (ACM) Award nomination for “Song of the Year” and “Video of the Year,” and also landed its creator the "Top New Male Vocalist" title at the 2006 ACM Awards. To date, the Jason Aldean album has sold over 1,000,000 copies in the United States and was certified platinum by the RIAA in 2007, and led to his first number-one ranking on the Billboard Country Albums chart with 2007's Relentless.

Released in 2009, Wide Open boasted three chart-topping singles – “She's Country,” “The Truth,” and “Big Green Tractor,” which also crossed over to the Top 20 on the pop charts – and 2010's My Kinda Party delivered three more number-one smashes in “Don't You Wanna Stay,” “Dirt Road Anthem.” and “Fly Over States,” with “Tattoos on This Town” and the titular “My Kinda Party” both peaking at number two. Since then, Aldean has enjoyed chart-topping success for such singles as “Take a Little Ride,” “Burnin' It Down,” “Tonight Looks Good on You,” “A Little More Summertime,” and “Any Ol' Barstool,” with his number-one albums including 2012's Night Train, 2014's Old Boots, New Dirt, and 2016's They Don't Know. Aldean was also acknowledged as the ACM Awards' “Entertainer of the Year” for the first time in 2016 – a prize he continued to win for the next two years – and the hits generated from his 2018 Rearview Town (among them “You Make It Easy,” “Girls Like You,” and the Miranda Lambert duet “Drowns the Whiskey”) kept the springtime album on the airwaves into 2019.

Jason Aldean performs locally on February 13 with sets by special guests Morgan Wallen, Riley Green, and Dee Jay Silver, admission to the 7:30 p.m. concert is $35-95, and tickets are available by calling (800)745-3000 or visiting TaxSlayerCenter.com.