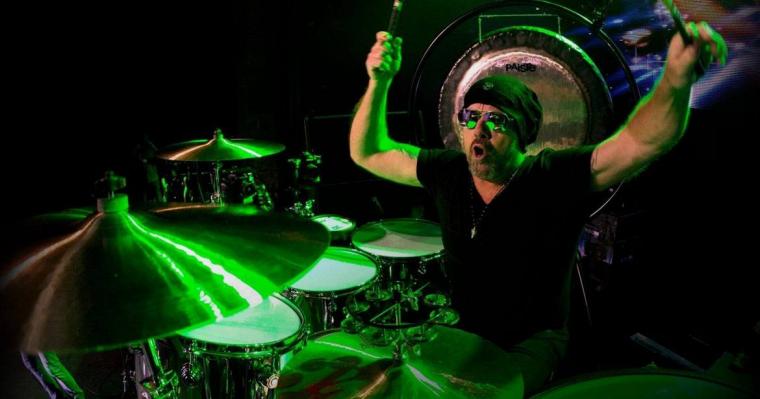 Originating in 2009 and designed as a celebration of his late father's rock-and-roll legacy, the touring spectacle Jason Bonham's Led Zeppelin Evening hits Davenport's Adler Theatre on November 2 as a tribute to legendary drummer John Bonham and his chart-topping bandmates, with John's music ensemble described by Classic Rock Revisited as “a band that recreates Led Zeppelin's music to such a degree that one can't help but close their eyes and simply listen.”

Formed in London in 1968 and active until 1980, Led Zeppelin consisted of drummer John Bonham, vocalist Robert Plant, guitarist Jimmy Page, and bassist/keyboardist John Paul Jones, and with their heavy, guitar-driven sound, they are cited as one of the progenitors of hard rock and heavy metal, although their style drew from a variety of influences including blues and folk music. Led Zeppelin have also been credited as significantly impacting the nature of the music industry, particularly in the development of album-oriented rock (AOR) and stadium rock.

Originally named the New Yardbirds, Led Zeppelin's deal with Atlantic Records gave them considerable artistic freedom. The band's self-titled 1969 debut was a top-ten album in several countries and featured such tracks as "Good Times Bad Times," "Dazed and Confused," and "Communication Breakdown," while 1969's Led Zeppelin II was their first number-one release and yielded smashes such as "Ramble On" and "Whole Lotta Love." In 1970, they released Led Zeppelin III, which featured the iconic "Immigrant Song," and their untitled fourth album from 1971, commonly known as Led Zeppelin IV, is one of the best-selling albums in history with 37 million copies sold. The album includes "Black Dog," "Rock and Roll," and "Stairway to Heaven," the latter songs recognized among the most popular and influential works in rock history.

With their eight-album discography including 1973's House of the Holy, 1975's Physical Graffiti, 1976's Presence, and 1979's In Through the Out Door, Led Zeppelin are one of the best-selling music artists of all time, with their total record sales estimated to be between 200 to 300 million units worldwide. They achieved eight consecutive U.K. number-one albums and six number-one albums on the U.S. Billboard 200, with five of their albums diamond-certified. Rolling Stone described Led Zeppelin as "the heaviest band of all time," "the biggest band of the Seventies," and "unquestionably one of the most enduring bands in rock history," and its musicians were inducted into the Rock and Roll Hall of Fame in 1995, with the museum's band biography stating that they were "as influential" during the 1970s as the Beatles were during the 1960s.

Jason Bonham's Led Zeppelin Evening comes to Davenport on November 2, admission to the 8 p.m. concert event is $37-69, and tickets are available by calling (800)745-3000 and visiting AdlerTheatre.com.